You are using an outdated browser. Please upgrade your browser to improve your experience.
by Bryan M. Wolfe
June 24, 2011
A new survey suggests that Europeans are twice as likely to purchase the next iPhone than a Google Android device. The Yankee Group's 2011 European Mobile User Study polled nearly 7,300 consumers and employees and IT decision-makers in five countries to make these conclusions, according to news first reported by BRG. Twelve months after its last update, the iPhone’s brand appeal has not waned. In fact, it continues to lead all others by significant margins. According to the survey, 40 percent of those surveyed in France, Germany, Italy, Spain and the U.K. plan to make the iPhone 5 their next smartphone purchase. This compares to 19 percent who will select an Android-based phone. Research in Motion’s BlackBerry (17 percent) and Nokia (15 percent) round out the top four. Declan Lonergan, research VP at Yankee Group stated:

“These findings highlight the continued strength of Apple in the European smartphone market and, in particular, its phenomenal brand appeal. The data also highlights the enormous challenges faced by Nokia and RIM to retain mind share and market share in this increasingly dynamic and competitive marketplace.”

While many of us are up in arms about Apple’s delay of its next handset, in the end it probably won’t matter. Once the iPhone 5 is released long lines will welcome it, just as they did with its predecessors. As a reminder, we have a great iPhone 5 rumors roundup that we’re keeping up to date for those interested in more details. Make sure to check it out. Who wants their iPhone 5? Let us know by leaving your comments below. 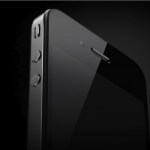 Google This: Europeans Love Their iPhones & Can't Wait For The Next One

Google This: Europeans Love Their iPhones & Can't Wait For The Next One
Nothing found :(
Try something else