You are using an outdated browser. Please upgrade your browser to improve your experience.
by Joe White
June 27, 2011
According to a recent report, MasterCard is currently hard at work developing a mobile payments app for iOS, Android and BlackBerry OS, which may or may not make use of Near Field Communication. The app is expected to launch in July. Despite MasterCard's dabbling in Google's "Google Wallet" payments service, the company has plans of creating something of a rival. As reported by Engadget, MasterCard and CSI Enterprises are planning on bringing their customized business card service to mobile devices, presumably allowing users of the specialized cards to make payments using a smart phone (or tablet). Apparently, an application for iOS, Android and BlackBerry OS devices will be made available. But what has us most interested is the expected launch date for this application, which - according to Engadget - is in July. Of course, by this date, only one of the three mobile operating systems (that is, Android) will have NFC-capable smart phones out on the market. Leading many to believe that the service will not require NFC. This is interesting, considering Google has made NFC a "mobile payments must have feature." It would appear that MasterCard et. al. are going to show us another route - that is, unless Apple releases the iPhone 5 within a month and it's NFC-capable (both of which, we highly doubt). A mobile payments app that does not require NFC would be highly appreciated by the iOS community. Especially if Apple isn't going to release an NFC capable iPhone until next year. Obviously, something's got to give - without NFC, we're not going to be able to tap our smart phones against a payments device, like Nexus S owners can. But perhaps we'll be able to take advantage of an equally appealing solution. We'll just have to see what MasterCard comes up with. In the meantime, feel free to post your thoughts on Google Wallet (and mobile payments in general) in the comments. 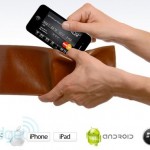 MasterCard's Upcoming Mobile Payments App Doesn't Need NFC, Or Does It?
Nothing found :(
Try something else