You are using an outdated browser. Please upgrade your browser to improve your experience.
by Joe White
June 23, 2011
T-Mobile USA might not carry the iPhone officially, but over one million people are using iPhone handsets with T-Mobile's network. While many of these handsets are reportedly pre-iPhone 4, a T-Mobile spokesperson notes that many Apple fans have "taken the scissors" to their SIM card, and transformed it into a Micro-SIM. What does this mean? For a start, it means AT&T needs to look into bringing the iPhone to T-Mobile USA, because clearly, people want a T-Mobile iPhone. The mere fact that over one million people are running the handset, and are happy to forfeit 3G download speeds (let alone 4G) in doing so, proves this. (Remember: T-Mobile USA's network is different to AT&T's - because of this, iPhone owners running on T-Mobile's network can only use EDGE.) Recently, Apple started selling unlocked iPhone handsets in the USA. However, despite this, iPhone owners still cannot use the handset with T-Mobile USA effectively. As mentioned, T-Mobile's 3G network isn't compatible with the iPhone, and currently the carrier does not deal in Micro-SIMs. Interestingly, the same T-Mobile spokesperson hinted at the production of Micro-SIM cards when speaking with 9to5Mac. According to the website:

When asked to elaborate further on Micro-SIMs, the spokesman told me they are in the works but there was no time frame for release.  Why not wait until the deal with AT&T is over to make MicroSIMs? Perhaps we’ll have a little surprise come September.

Of course, even if T-Mobile starts rolling out Micro-SIM cards, it'll still have to adjust its network in order to provide iPhone owners with access to 3G. Either that, or Apple releases a fifth generation handset that's compatible with AT&T and T-Mobile USA (after all, the one is acquiring the other). Regardless, the massive amount of people willing to forfeit 3G and run on EDGE in order to use a T-Mobile iPhone shows that, when T-Mobile USA does carry the handset officially, there's going to another boom in iPhone sales - the likes of which we saw with the release of the Verizon iPhone. Could this push even more smart phone market share Apple's way? We'll just have to wait and see. We'll keep you posted. In the meantime, let us know if you're running a T-Mobile iPhone in the comments. 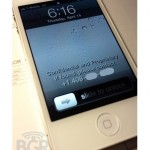 Over One Million iPhones Currently Run On T-Mobile's Network

Over One Million iPhones Currently Run On T-Mobile's Network
Nothing found :(
Try something else