You are using an outdated browser. Please upgrade your browser to improve your experience.
by Bryan M. Wolfe
June 28, 2011
A new survey suggests the reason Apple may be thinking about releasing a cheaper pre-paid iPhone that may sit side-by-side with an iPhone 5. According to asymco, nearly 70 percent of the world’s population uses pre-paid phones, and so far, Apple is largely missing in action in that marketplace. Despite Apple’s recent decision to offer a contract-free iPhone, the handset still remains extremely expensive for many of the world’s pre-paid users. As such, recent rumors suggest Apple may release an iPhone 4S, which would be pre-paid and cheaper versus an iPhone 5. According to asymco, this would be a good move. They state:

Roughly 1.5 billion are post-paid and 3.7 billion are pre-paid. That means that nearly 70% of the world is not being addressed by the iPhone as it currently stands. Put another way, a shift in positioning might result in a 250% increase in addressable market.

In terms of where these addressable markets are, one needs to look no further than Asia, where most of the population currently uses pre-paid phones. This is followed by Latin America and Europe. Asymco believes $200 “is an important psychological price inflection point where volumes increase dramatically.” Therefore, don’t be surprised if we see a cheaper iPhone sometime soon. What do you think? Leave your comments below. 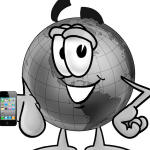 Where Should The iPhone Go Next?

Where Should The iPhone Go Next?
Nothing found :(
Try something else