You are using an outdated browser. Please upgrade your browser to improve your experience.
by Bryan M. Wolfe
July 15, 2011
Amazon’s long awaited “iPad killer” is expected to launch later this year. When it does, it will likely come with less functionality than Apple’s tablet. However, that is by design so Amazon can price its product a lot lower than the iPad, which could make it a winner, according to The New York Times’ Nick Bilton. As we reported in May, Amazon is expected to release a color tablet towards the end of 2011 that will ultimately compete against the iPad. Yet, to get there, the company is expected to offer a product that is less robust and cheaper than what Apple currently offers. For example, the first-generation color Kindle (or whatever the device will ultimately be called), will come with limited memory capacity and perennials and like the original iPad, come without a built-in camera. In the end result will be a “Kindle tablet at a lower price than the Apple iPad, which costs from $500 to $830 depending on memory size and 3G abilities.” Says The Times:

According to an Amazon executive with close ties to Mr. Bezos, who could not be named because of his senior role in the company, Mr. Bezos made a decision after the iPad was introduced to try to lure customers onto the Kindle platform by offering less expensive devices.”

Jeff Bezo is Amazon’s chief executive. Despite missing some bells and whistles, Amazon’s device will have two things going for it. For one, it will run Google’s Android OS. For another (and probably most importantly), it will have Amazon’s popular online store backing it up. As our own A.T. Faust mentioned in May:

Instead of attacking the tablet market with cutting-edge design and technical performance, Amazon is going to play the content game. And it’s this very content — and the company’s ability to deliver it — that sets Amazon apart from every other tablet seller. Amazon is indeed going to fix Android’s content problems, but only for it’s own devices. With it’s Cloud Drive data service and Cloud Player music locker (admittedly weak though it may be), Amazon does have some buzz-generating clout with its large user base. Coupled with Amazon Prime’s streaming options and premium, paid-membership platform, Bezos’ company has all the pieces to be a major player in this “post-PC era.” Assembling those pieces and parlaying that recognition into product identification with its new device will be key to Amazon’s tablet success.

In other words, Apple may finally have some real competition in the infant tablet marketplace. Personally, I’m exciting about the upcoming Amazon tablet. For as wonderful as the iPad already is, products typically get better with competition. Plus, Amazon’s entry might ultimately force Apple to drop the price of its tablet, which would be great news for consumers in general. What do you think? Leave your comments below. [Photo: The New York Times] 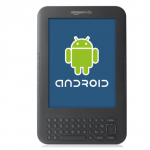 Amazon's Tablet, By Design, Will Be Leaner & Cheaper Than The iPad

Amazon's Tablet, By Design, Will Be Leaner & Cheaper Than The iPad
Nothing found :(
Try something else