You are using an outdated browser. Please upgrade your browser to improve your experience.
by Bryan M. Wolfe
July 18, 2011
It’s Monday, and time for another iPhone rumor that may or may not turn out to be true. This morning, it has been reported that Apple will release a lower-priced iPhone later this year that will be available without a contract. True or not, this news comes from BGR. We’ll tell you upfront that we’re probably just as sick about the constant barrage of iPhone rumors as you are. Still, the rumors continue to come and as such, we feel that it is important to let you know about them. According to an “incredibly solid source,” Apple will offer an iPhone at retail that sells for just $350 without a contract. However, this is where things get interesting. This no-contract iPhone might actually be the iPhone 3GS, rather than a new model. Stranger still, the handset might be offered along with the iPhone 4 (which will remain on the shelves) and the upcoming iPhone 5. This will allow Apple to offer “a full range of devices in the lower, mid, and high-end price segments.” While our “I want an iPhone 5” readers might be unimpressed with this potential news, it actually makes sense from a business perspective. Although many of us had retired our iPhone 3GS long ago, many others would benefit from being able to purchase a lower-end product. As it stands now, Apple is pricing many out of the iPhone market, and a move like this could help them compete in a way that is impossible for them right now. The lower-priced iPhone (whether it be an iPhone 3GS or something else) "will be coming out or “at least announced by the end of Summer, late August-ish,"" according to the source. What do you think? Leave your comments below. [Photo: iPhone 5 Concept from BGR] 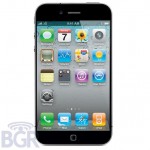 An iPhone For Just $350 & Without A Contact?
Nothing found :(
Try something else