You are using an outdated browser. Please upgrade your browser to improve your experience.
by Bryan M. Wolfe
July 25, 2011
In news that really isn’t that surprising, AT&T has told its retail staff to complete existing sales training in preparation for the next iPhone release. As such, employees are being asked to anticipate “the influx of foot traffic expected in September,” according to news exclusively reported by BGR. As such, BGR expects Apple to officially announce the next handset, the iPhone 5, in late August. This news follows reports that Apple is also prepping for the big launch too, while Verizon is said to be discounting existing iPhone 4 inventories at their retail stores. What do you think? Leave your comments below. 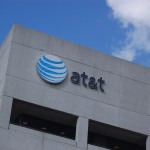 AT&T Readying Staff For Mid-September iPhone 5 Launch
Nothing found :(
Try something else