You are using an outdated browser. Please upgrade your browser to improve your experience.
by Bryan M. Wolfe
July 6, 2011
Big news is expected today from Facebook, which will be announcing an “awesome” new product. However, today’s news is not about the social networking site’s long-awaited iPad app, according to MG Siegler of TechCrunch. It was just last week Facebook Chief Executive and founder, Mark Zuckerberg confirmed his company would “launch something awesome.” It the time, we figured it was the Facebook for iPad app. Unfortunately, that doesn’t look to be the case. According to TechCrunch, Skype integration within Facebook is mostly likely on the agenda for today.

Given that news has already leaked out, it’s certainly possible that Facebook could surprise with talk of their iPad app or new Photos experience as well.

Also not expected today is Facebook’s Project Spartan, which is an HTML-driven mobile application platform. That product could be unveiled in the next few weeks, and would compete directly against native apps for iDevices. We’re not sure what’s holding up Facebook for iPad, but hopefully it will arrive soon. Given that Google+ is expected to hit iDevices very soon, we’d be surprised if Facebook didn't flip the switch very soon. What are your thought? Leave your comments below. 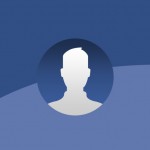 Facebook For iPad Is Coming, Just Not Today
Nothing found :(
Try something else