You are using an outdated browser. Please upgrade your browser to improve your experience.
by Clinton Ferreira
July 26, 2011

Banditoo: The Escape ($0.99) by Istvan Dalnoki involves a bandit, that’s you, running from a seemingly endless line of sheriffs determined to throw you in prison after you botch a bank robbery.

Touch-shooting allows you kill all those pesky sheriffs waiting in your path as well as collect all those gold coins floating overhead. But the sheriffs ahead of you aren’t the only danger you’ll have to deal with. 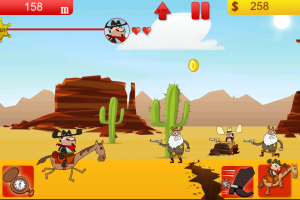 However, there’s also a super tough sheriff constantly chasing your tail and he can’t be shot down! The only way to avoid his wrath is to stay ahead of him. Fortunately, you are given three abilities to do just that.

For a start, you are given the ability to speed up. This is great not just for avoiding the sheriff behind you but also for speeding up gameplay and collecting gold coins more quickly. Arguably, the most important ability is the one to jump. There are obstacles on the ground such as a pile of logs or a skull. These will slow you down immensely if you don’t jump over them and allow that sheriff behind you to catch up very quickly. Don’t worry though, your third ability slows time preventing the sheriff’s quick progress.

Be careful, you only get two lives. That’s just two mistakes and you’re done for. The number of lives you have left is shown near the top to the right of a bar showing how far behind the chasing sheriff is.

Once you’ve collected enough gold coins, you can spend them in the shop to upgrade your speed or time-slowing abilities. Alternatively, you can purchase an upgrade that gives more gold coins during gameplay. 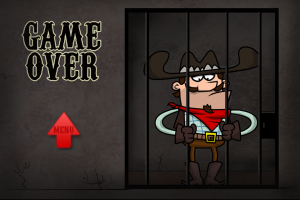 Although the game is advertised as having touch/swipe controls, I couldn’t get them to work. If you have the same problem, you’ll have to rely on the buttons provided.

The game is a lot of fun and surprisingly challenging until you get used to the controls. The upgrades available in the shop will make the gameplay last longer as you work to have access to all the features. If breaking the law and getting away with it is your cup of tea, get Banditoo: The Escape. 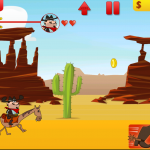 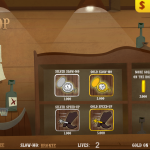 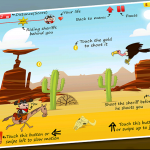 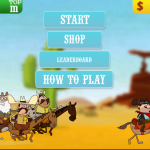 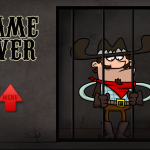 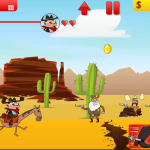 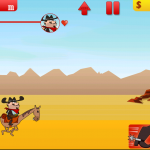 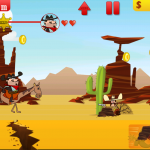 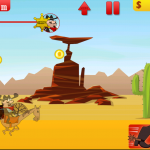 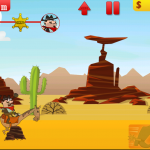 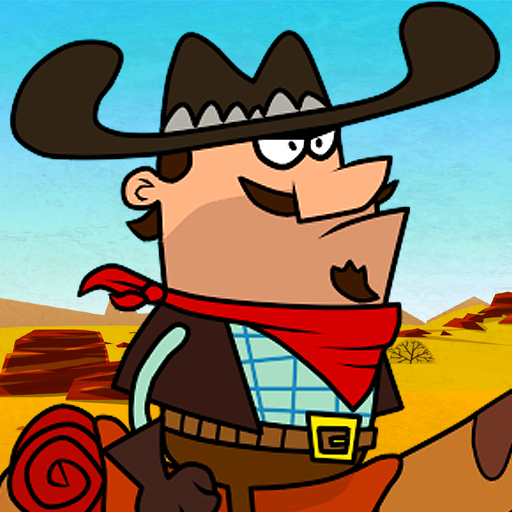 Jump On Your Horse To Avoid Jail In Banditoo: The Escape

Jump On Your Horse To Avoid Jail In Banditoo: The Escape
Nothing found :(
Try something else