You are using an outdated browser. Please upgrade your browser to improve your experience.
by Joe White
July 5, 2011
Another day, another iPhone 5 rumor: Today, we’re hearing from DigiTimes that Taiwan-based manufacturer Pegatron has landed an order for the fifth generation handset, and that 15 million of these devices are expected to ship in September. For a while now, we've heard a variety of different rumors claiming that Apple is planning on launching the fifth generation iPhone in September. This is not in keeping with past practice - usually, the company announces new iPhone handsets at its WWDC keynote presentation, and releases them soon after. This year's keynote came and went without an iPhone announcement, leaving many to believe the rumors claiming Apple's fifth generation handset would debut in September. The report from DigiTimes labels Pegatron as a key iPhone 5 manufacturer. This isn't a radical statement to make - after all, the Taiwan-based company manufactured Apple's CDMA iPhone 4, which is currently carried by Verizon. While Pegatron has been trying to secure iPad and MacBook orders (unsuccessfully thus far, we might add), it would be unsurprising for Apple to sign the company up for its fifth generation handset. In short, it's a realistic speculation, though the fact that Pegatron has not commented on the matter coupled with the lack of evidence (DigiTimes has been informed, as usual, by "sources") means we can't be certain of this partnership. Obviously, the key thing about DigiTimes' report is that it states that the iPhone handsets will ship in September. This is something we've been hoping for, but not something Apple has confirmed. Furthermore, DigiTimes makes some claims regarding the design of the handset: Namely, that it's not a "major update." This is clearly ambiguous - as of this moment, nobody knows what the fifth generation iPhone handset is going to look like, though we can make the logical assumption that it'll feature an A5 processor and improved cameras. The required components for these features could be packed into an iPhone 4, but that doesn't mean the fifth generation iPhone will look the same as its predecessor. All we can do is hold our breath, and wait for Apple to make the announcement. In the meantime, let us know what you're hoping for in the iPhone 5 (or iPhone 4S?) in the comments. 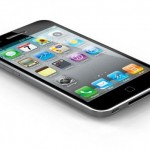 Taiwan-Based Manufacturer To Ship Fifth Generation iPhone Handsets This September?
Nothing found :(
Try something else