You are using an outdated browser. Please upgrade your browser to improve your experience.
by Joe White
July 23, 2011
Apple's mobile application store is now available in 33 more countries, including Algeria, Iceland and Trinidad. As first reported by Mark Gurman of 9to5Mac, the additional countries are:

The App Store first launched in 2008, and has since proved to be one of the defining features of Apple's iOS mobile operating system. Not only has the App Store lured gadget fans towards the iPhone, iPad and iPod touch, but it's also been partly responsible for Apple's mammoth earnings over the past few years. For example, in 2013 Apple is expected to make $13 billion out of its digital stores - the iTunes Store, App Store and iBookstore. The more countries Apple's App Store is present in, the more cash there is to make. And it's good news for developers, too, who now have an 33 additional markets to sell their apps in. Head over to the iTunes Connect portal now, and start selling your apps in Ghana, Grenada and Yeman! 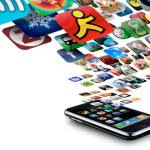 The App Store Expands: Now Available In 33 More Countries
Nothing found :(
Try something else