You are using an outdated browser. Please upgrade your browser to improve your experience.
by Bryan M. Wolfe
August 15, 2011
We’ve heard a lot of iPhone 5 rumors over the course of the past few months. However, today is the first time we’ve heard some evidence that the new handset will support 4G LTE. This would be the first time an iPhone would do so, according to BGR. Since the release of the iPhone 3G in 2008, iPhones have (obviously) supported 3G networks. However, even the iPhone 4 does not support the faster 4G LTE network. Now, that could soon change with the release of the next iPhone model, expected to arrive sometime before the end of the year. According to the report, Apple’s “carrier partners are testing iPhone models with LTE capability.” They state, however:

This doesn’t necessarily mean every Apple device that’s about to be released will feature an embedded 4G LTE modem, but it certainly means Apple isn’t sitting on the sidelines as 4G LTE networks continue to roll out around the world. Plus, when Apple finally does make a 4G LTE device, the battery might actually last longer than a few hours.

We would be surprised if the next iPhone did not support 4G LTE.  Of course, a report in June indicated that AT&T's first Apple device to utilize the 4G LTE network would be the iPad 3, not the iPhone 5. So, who knows? 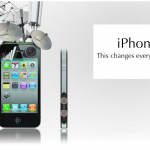 Report: iPhone 5 Could Include 4G LTE Support
Nothing found :(
Try something else