You are using an outdated browser. Please upgrade your browser to improve your experience.
by Joe White
September 22, 2011
Twitter has recently added the ability to post images to the social network via MMS. For a long time, fans of the micro-blogging social network have been able to post status updates via SMS, by sending a message to a preset number that corresponds to their country. Now, users can upload images to the service in exactly the same way - just attach an image to your message, and send it to the same number. The image will appear in your Twitter feed in seconds, just as if you'd uploaded it using an iPhone app. Currently, the service is available in a handful of countries, with particular carriers. According to Twitter (taken from the official Twitter blog), supported countries and carriers include:

AT&T, Verizon Wireless and Cellular South in the US; Vodafone, O2 and Orange in the UK; Vodafone Italy; Rogers Communications in Canada; VIVA Bahrain; and, TIM Brazil.

To set up the service, head over to Twitter and configure your mobile phone in the "Mobile" section of Settings. And for more information, head on over to the official Twitter blog. Happy tweeting! [via iDB] 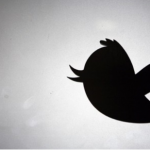