You are using an outdated browser. Please upgrade your browser to improve your experience.
by Bryan M. Wolfe
September 6, 2011
The number of locations offering the iPhone/iPod touch and iPad is about to grow considerably. Texas-based GameStop will begin selling iDevices soon at each of its locations, according to 9 To 5 Mac. With 6,500 stores across the United States and in 17 countries worldwide, GameStop’s entry into the world of Apple could prove significant, because of the number of locations it provides. In addition to offering new iDevices, GameStop is also accepting iOS device trade-ins for in-store credits. According to the report, GameStop’s trade-in program is beginning now. However, it won’t be until later (perhaps when the iPhone 5 launches) that new iDevices will be available for sale. GameStop has yet to officially announce any of this. When they do, we’ll be sure to pass on the specifics to our valued readers. 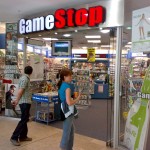 GameStop To Begin Offering iDevices - New And Used
Nothing found :(
Try something else