You are using an outdated browser. Please upgrade your browser to improve your experience.
by Bryan M. Wolfe
September 30, 2011
When it debuts next week, Apple’s new iPhone will come in three storage capacities, according to 9 To 5 Mac. Apple is expected to unveil the iPhone 5/4S on Tuesday at an event from the company's Cupertino, California campus. When the handset arrives in stores, customers will be able to purchase a 16GB, 32GB and 64GB model. The current model, the iPhone 4, is available in 16GB and 32GB. Assuming this news is correct (this remains a rumor), the next iPhone would be the first to include a 64GB model. When it debuted in June 2007, the original iPhone was available in 4GB, 8GB, and 16GB. By September of that year, the 4GB model was dropped. Meanwhile, the iPhone 3G and iPhone 3GS both debuted with 8GB and 16GB models, with the latter also available in 32GB. The 8GB iPhone 3GS model is still available in stores. And yes, 9 To 5 Mac is also reporting that the iPhone 5/4S will arrive in black and white from day one. AppAdvice will provide full coverage of Apple’s iPhone event as it happens. See you on Tuesday! 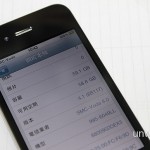 Next iPhone Likely Available In Three Flavors
Nothing found :(
Try something else