You are using an outdated browser. Please upgrade your browser to improve your experience.
by Bryan M. Wolfe
September 15, 2011
The popular “Reading Rainbow” series for kids is returning, this time as an iPad app. LeVar Burton, the original host of the series, is the brainchild behind this new venture, according to Fast Company. Airing on PBS stations from 1983 until 2006, “Reading Rainbow” encouraged reading among children and was well loved by youngsters and parents alike. Now, the tools used to teach kids to read via the television program are coming to Apple's tablet. Launching under Burton's new for-profit venture, RRKidz, the company  “plans to launch an educational iPad app that lets children explore topics of interest--such as, say space--in a multimedia-rich environment, with voice-over-enhanced children's books, familiar videos of Burton at real-life places (like NASA), and, of course, games.”

"The educational system is just not getting it done," contends Burton. "If we’re going to reclaim our place in the world, in terms of how we educate our children and how we prepare them for the future" he concludes, "it's going to get done through a private-public partnership."

The Reading Rainbow app is coming soon to the App Store. 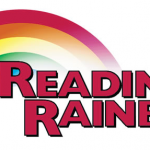 "Reading Rainbow" To Be Reborn As An iPad App

"Reading Rainbow" To Be Reborn As An iPad App
Nothing found :(
Try something else