You are using an outdated browser. Please upgrade your browser to improve your experience.
by Joe White
October 25, 2011
Since the launch of the iPhone 4S, Sprint has been criticized for its seemingly slow cellular data network. Now, it would appear that the carrier has sent an internal email to employees, noting that Apple and Sprint are working on a "confirmed nationwide issue" that is affecting many iPhone 4S users. The news comes from The Next Web, who writes:

Sprint customer Don Southard says that, after trudging through 6 different customer care representatives and calling on multiple days, he was read the email and was offered a free AirRave 3G Airvana hotspot as a ‘workaround’ for his data troubles.

Furthermore, the email apparently references a "Service Settings" update, suggesting that the issue may be resolved via an update to handsets' carrier settings. However, following the original publication of the aforementioned article, Sprint reached out to The Next Web, offering an official statement on the subject (its "only" official statement, too), in which the carrier doesn't acknowledge a "confirmed nationwide issue" but does note that it sees "opportunities to optimize performance." The statement reads:

Overall, iPhone performance on the Sprint network is consistent with our expectations and the rest of our high-end portfolio. Sprint also did bench-marking of Sprint’s iPhone against competitor’s iPhones and the testing showed little to no performance difference. We are seeing a very low return rate for this device but we are watching the reports of speed issues very closely. We do see opportunities to optimize performance, specifically in high network capacity areas. We see this as typical optimization work and do not have any specific area of concern. Sprint is committed to providing the best possible experience for our customers. We are listening to our customers and working closely with our partners at Apple to ensure optimal performance of iPhone devices on our network.

Have you got an iPhone 4S running on Sprint's network? Let us know how the carrier's data network is working for you in the comments. 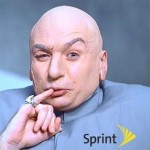