You are using an outdated browser. Please upgrade your browser to improve your experience.
by Bryan M. Wolfe
October 3, 2011
When Tim Cook announces a Sprint iPhone tomorrow (as he likely will), it will come at a great cost to the No. 3 U.S. carrier. According to The Wall Street Journal, Sprint’s CEO Dan Hesse was so adamant to get the iPhone, he basically bet the company’s future on it. Accordingly, the company has promised Apple it will buy 30.5 million iPhones over the next four years at the total cost of $20 billion. As such, Sprint doesn’t expect to make a dime on the new handset until at least 2014. Says Hess, this “bet-the-company” deal is to stop the “number 1 reason customers leave or switch (from Sprint.)" The Verge concludes the Sprint/Apple deal could actual work:

Assuming Sprint does get the phone under these terms, the math isn’t actually terrible. Sprint would have to sell just under eight million iPhones a year to meet its commitment, and the company’s latest financials indicate that some nine percent of subscribers upgrade each quarter, or around 12 million a year. Assuming the carrier can sell just four million iPhones a year to those upgraders, it’ll have to take just another four million customers away from AT&T and Verizon — about a quarter of yearly US iPhone sales. That doesn’t seem too impossible, especially given Sprint’s aggressively-priced unlimited data plans — plans Dan Hesse has pledged to keep.

The biggest rumor about this comes from BGR, which says Sprint will be the iPhone 5's exclusive carrier in the U.S. In other words, AT&T and Verizon will only get the less expensive iPhone 4S. However, we can't say we believe this. For one, would Apple really do that not just to AT&T and Verizon, but to their loyal customers as well? Second, there is a reason Sprint is the No. 3 U.S. carrier, as their footprint isn't nearly as large as the other two. While we don't believe for a minute Sprint would get the iPhone 5 exclusively, the agreement could give the company exclusive rights to the less expensive iPhone 4S. Yet, who knows. Luckily, we'll get all the answers very, very soon. For what it's worth, BGR states:

I have been told that Sprint will be getting the iPhone 5 — yes the real iPhone 5, not the iPhone 4S — as an exclusive. And it will be a 4G WiMAX device. AT&T and Verizon would launch the iPhone 4S and get the iPhone 5 some time in the first quarter of next year as an LTE device. Globally, the iPhone 5 might be available as a 4G HSPA+ device.

As a reminder, Apple’s iPhone event begins tomorrow at 1 p.m. EDT. Visit AppAdvice often for full coverage and analysis. Click here for our predictions. Note - Originally, this article said Sprint paid Apple $20 million for the rights to sell the iPhone. Obviously that was incorrect. The correct number is $20 billion. 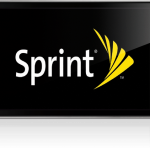 Would Apple Really Give Sprint iPhone 5 Exclusivity? Don't Bet On It

Would Apple Really Give Sprint iPhone 5 Exclusivity? Don't Bet On It
Nothing found :(
Try something else