You are using an outdated browser. Please upgrade your browser to improve your experience.
by Bryan M. Wolfe
October 12, 2011
Apple today has taken the “beta” out of its new iCloud service. Available at iCloud.com, the service replaces MobileMe and works with iOS 5.0, which will be released later today. First announced in June, iCloud is Apple’s new cloud-based feature that includes iTunes and Documents in the Cloud, Photo Stream, cloud backup, and much more. While the iCloud website is now officially available to everyone, we suggest waiting a little bit more before actually using it. Later today, Apple will be releasing the above-mentioned iOS 5.0 along with an update for Mac OS X Lion. Only then will each iCloud component actually work across all Apple devices. Today is the first of two huge days for Apple. Along with the iOS 5/iCloud launch, the Cupertino, California-based company releases the iPhone 4S on Friday. Confused about iCloud? Don’t worry, as AppAdvice has it covered. Beginning today, we’ll be posting a number of articles all about iOS 5. Stay tuned. 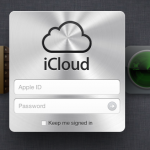 iCloud Arrives For Everyone

iCloud Arrives For Everyone
Nothing found :(
Try something else