You are using an outdated browser. Please upgrade your browser to improve your experience.
by Bryan M. Wolfe
October 24, 2011
Dag Kittlaus, the co-founder and CEO of the company that created the Siri voice recognition service, is leaving Apple, according to All Things Digital. Kittlaus’ exit is said to be “amicable and has been planned for a while.” Siri, the company, was founded in 2007 with Kittlaus at the helm. Apple purchased it in April 2010, which brought the Siri technology to the iPhone 4S earlier this month. The co-founder is expected to relocate to Chicago where his family is and take some time out. Then, he will begin brainstorming new tech ideas. Though Kittlaus is officially leaving the company he founded, the other members of the Siri team are expected to remain at Apple. 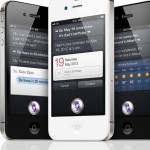 Siri Co-Founder Leaves Apple
Nothing found :(
Try something else