You are using an outdated browser. Please upgrade your browser to improve your experience.
by Bryan M. Wolfe
October 20, 2011
Want proof Hollywood loves the iPhone? Some of the scenes in the upcoming The Avengers movie were filled with an iPhone. This news comes from ComicBookMovie.com. According to Seamus McGarvey, the director of photography for Marvel Studios’ Joss Wheldon-directed superhero flick, The Avengers:

“That’s what you call a jump cut, not a dissolve!” jokes Seamus. “[The Avengers] was a whole different exercise in a whole different range of cinematic graphic muscles for me. Thematically, it was a turnaround, but also there was a lot more equipment, a much bigger crew, a lot more money to spend on set ups – it was almost like a different medium!” “The beauty of photography or cinema is that you make every choice based on the content at hand. On The Avengers, I did a couple of shots on the iPhone and they are in the movie. In fact, they are in the trailer! I understand that sometimes there is no choice and you have to go for the cheapest option, but if you are limited for choice, you can still make poignant decisions that will effect the look of the film,” adds McGarvey. 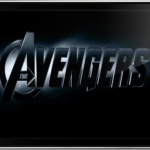 The Avengers Movie - Yeah, Some Of It Was Filmed With An iPhone
Nothing found :(
Try something else