You are using an outdated browser. Please upgrade your browser to improve your experience.
by Bryan M. Wolfe
October 12, 2011
The first batch of iPhone 4S reviews are in and overall, people are enjoying Apple’s newest handset. The iDevice's most celebrated features aren't that surprising, however. These include its faster A5-chip and 8MP camera. Oh, and of course, Siri, Apple's voice recognition software available exclusively on the iPhone 4S. Among the reviews: John Gruber, Daring Fireball

I tried the same things Scott Forstall demoed on stage. They all worked, as promised. On a whim, I asked Siri, with no other context, “When is my next haircut?” Siri answered with my appointment scheduled for later this month. I asked, “When was my last haircut?”, and it found that appointment from a month ago. I told Siri, “Play something by the Rolling Stones” and it played a random Stones song (“Gimme Shelter”, from Let It Bleed). I interrupted and said, “Play ‘Some Girls’ by the Rolling Stones”, and Siri played just that song.

The iPhone 4S is one of Apple’s less dramatic updates, but, when combined with the Siri, iOS 5 and iCloud features, it presents an attractive new offering to smartphone users. Some may be content to skip the new hardware and just enjoy the software and cloud features with older models. But those buying the phone will likely be happy with it.

Apps that used to take a longer time to perform a task — applying a filter in Camera+, for example — now work much faster. More generally, every app seems to load quite a bit faster. The best way to see this is to load the Settings app that is built into iOS. On the iPhone 4, it can take up to 3 seconds to load. On the iPhone 4S, it loads in less than a second. And the 4S is faster at switching between apps when multi-tasking.

It’s mind-blowing how inexact your utterances can be. Siri understands everything from, “What’s the weather going to be like in Tucson this weekend?” to “Will I need an umbrella tonight?” (She has various amusing responses for “What is the meaning of life?”) It’s even more amazing how Siri’s responses can actually form a conversation. Once, I tried saying, “Make an appointment with Patrick for Thursday at 3.” Siri responded, “Note that you already have an all-day appointment about ‘Boston Trip’ for this Thursday. Shall I schedule this anyway?” Unbelievable.

Once again Apple is taking a lead and asking a lot of its competitors. I wish those competitors luck, for the better all smartphones are, the happier I am. If Steve Jobs's true legacy is that the devices every other company makes are so, so much better than they otherwise would have been, I don't think he would mind one bit. 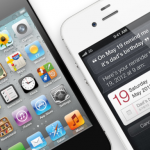 The First iPhone 4S Reviews Are In (Updated)

The First iPhone 4S Reviews Are In (Updated)
Nothing found :(
Try something else