You are using an outdated browser. Please upgrade your browser to improve your experience.
by Joe White
November 29, 2011
In Apple's recently released beta version of iOS 5.1, the company also makes reference to what is believed to be its sixth generation iPhone handset (the "iPhone 5"), alongside the third generation iPad and Apple TV. Yesterday, we told you the company had made the software update available to developers, and that within the firmware file Apple made references to a new iPad model (iPad 2,4) and a new Apple TV device (codename: J33, also referred to as 3,1). Now, we've heard from 9to5Mac that the sixth generation iPhone (which many are calling the "iPhone 5") also gets a reference in iOS 5.1. The handset, which will hopefully be with us by this time next year, is referred to in iOS 5.1 as "iPhone 5,1." As explained yesterday, iOS 5.1 improves dictation in third party applications. However, there is no reference in the software update's release notes to iOS 5's battery life issue, which has been affecting many users. We'll let you know when the software update is available for the general public. 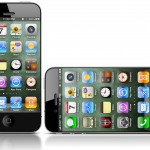 References To The Sixth Generation iPhone Also Present In iOS 5.1 Beta
Nothing found :(
Try something else