You are using an outdated browser. Please upgrade your browser to improve your experience.
by Joe White
January 12, 2012
Now that we're only a few months away from the expected launch of the iPad 3, the Apple rumor mill is grinding out new, exciting (and sometimes ridiculous) rumors every week. The latest batch to hit the Web claims that the third generation iPad will be manufactured between Foxconn and Pegatron, and that the tablet - which should launch around March - will feature an improved display. However, a number of sources have also noted that the physical design of the iPad 3 will be quite similar to that of the iPad 2. A similar design isn't all bad news: though most of us enjoy playing around with a new iOS device that looks markedly different from its older sibling, Jeremy Horowitz (of iLounge) notes that Smart Covers and other iPad 2 accessories will indeed be compatible with the iPad 3. Horowitz claims to have seen a prototype of the third generation iPad before CES, and states that the tablet is slightly thicker (around one millimeter thicker, to be precise), and also features a larger space reserved for the rear camera lens. However, one notable change is expected to involve the iPad 2's display, which Macotakara claims will have a resolution of 2,048 x 1,536. This isn't the first time we've heard this resolution being mentioned in relation to the iPad 3. In fact, almost one year ago, we published an article in which it was claimed that this kind of display would launch with the third generation iPad, as opposed to the iPad 2 (back then, some of us were hoping for a Retina-equipped iPad 2). Macotakara notes that Sharp will be manufacturing the lightweight, high-resolution LCD panels for the iPad 3. However, in a conflicting report published by Korea's Electronic Times (via Patently Apple), it is claimed that LG and Samsung will be supplying the panels, instead:

It has been confirmed that Samsung Electronics and LG Display will supply LCD panels for Apple’s iPad 3, which is scheduled to be unveiled as early as in Q1 this year. Sharp was originally known to be developing display panels, but reportedly failed in initial supply.

Past experience suggests that the iPad 3 will launch around February or March, and so the March launch date cited by Macotakara is entirely plausible. Horowitz, in his article, suggests that, due to the iPad's relatively unchanged physical appearance, it might be called the "iPad 2S" or even the "iPad 2HD," as opposed to the "iPad 3." Here at AppAdvice we'll keep you posted on the iPad 3 rumors that count. In the meantime, let us know what kind of iPad you're willing to queue for in the comments. 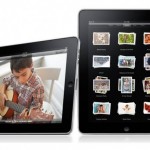 New iPad 3 Rumors: Improved Display But Similar Design?
Nothing found :(
Try something else