You are using an outdated browser. Please upgrade your browser to improve your experience.
by Joe White
March 6, 2012
A new study conducted by PriceGrabber has indicated that 42 percent of iPad owners are ready to drop some cash on the third-generation iPad, with 11 percent planning on purchasing the iPad 3 (or whatever it's called) the week the tablet is released. The survey also asked customers which of the iPad 3's many rumored new features matters most. Here's a breakdown of the answers, provided by The Next Web: Let's start at the top. If you're expecting Apple's iPad to be cheaper than its predecessors then think again. Actually, we heard a report (which was later debunked) that claimed Apple's iPad 3 could even be more expensive than the iPad 2. Instead, the latest rumors suggest Apple will maintain its price structure and the 16, 32 and 64 gigabyte configuration. Battery life is of course an important issue for many, and the iPad 3 will very likely include an improved battery - in order to power the device's expected Retina display. Because the display could consume more power, we're not sure how this is going to affect battery life overall - it could be that the Retina display coupled with an improved battery produces exactly the same battery life as we already have with iPad 2; if we're lucky, it could increase. An SD card slot, like the HDMI port, isn't going to happen. Slap me if I'm wrong, but those are two features I'd bet against. The improved camera and A6 processor are more realistic expectations, though we've heard Apple might include an "A5X" processor, which is only a marginal improvement on the A5, with its next generation iPad. And wireless sync, as most of you will already know, is available with iOS 5. There's no need to upgrade to the iPad 3 in order to take advantage of that feature. Let us know in the comments which rumored iPad 3 feature has you the most excited. For me, it would have to be the tablet's Retina display! 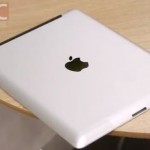 New Survey Claims 42 Percent Of iPad Owners Are Ready For The iPad 3
Nothing found :(
Try something else