You are using an outdated browser. Please upgrade your browser to improve your experience.
by Sean Capelle
March 21, 2012

Battle Minesweeper (Free) by CiRE software puts a spin on the classic Windows version of Minesweeper by adding an extra player. Three different options exist for going head to head against your opponent, whether human or computer.

Either take turns playing on the same iDevice, connect wirelessly through Bluetooth ("tow player" mode, sic), or play against the computer.

What’s great about connecting through Bluetooth is that it’s not device specific. My wife used her iPhone and I used my iPad, and we had no issues at all. Connecting them was as simple as making sure Bluetooth was turned on in the settings and then launching the app. 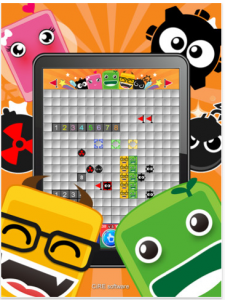 The way multiplayer works is that each player assumes a green or yellow smiley character. The green guy looks like a plant sprout, and the yellow one is a geeky demon. A 16x16 board shows the familiar gray squares.

Take turns selecting a square to see if you’ve uncovered a mine or not. But in this case, finding the mines is a good thing. In fact, it’s the only way you’ll win.

As opposed to the original game, where you had to flag potential mine sites to win, think of the mines strewn about the board as “neutral.” If you play as the green character and select the mine square, your icon will show on that spot. Same thing if you were to be yellow. Whoever finds 26 mines first is the winner. 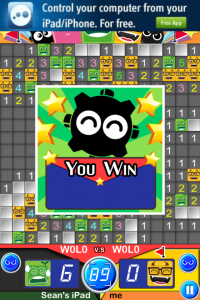 I won’t bore you with the strategy for playing the game (I’m sure most of you have become adept at it during hours at work), but there is a new trick worth mentioning. Each player has a bomb, which will clear a 5x5 area. This is akin to fishing with dynamite. Find the right spot, and the mines become yours

Unfortunately, the rules for this game are presented in pictures, though it’s really more of a learn-as-you-go model.

This is a free app, which means banners at the top of the screens. Really, they weren’t a nuisance, and it’s a small price to pay for free. It certainly didn’t distract my wife from winning. 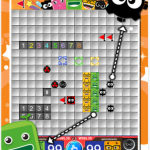 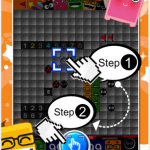 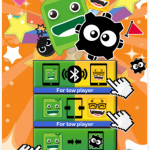 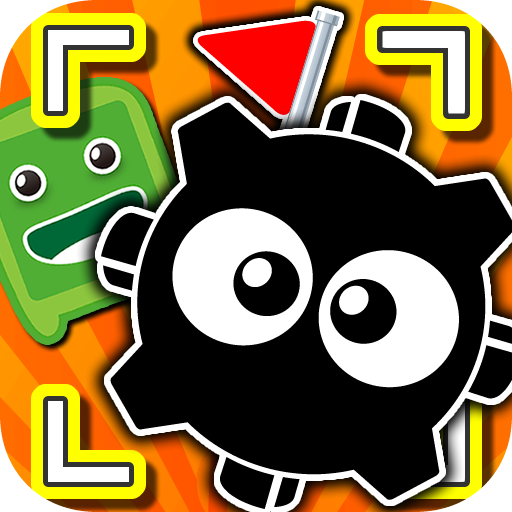 Battle Minesweeper
CiRE software
Nothing found :(
Try something else