You are using an outdated browser. Please upgrade your browser to improve your experience.
by Bryan M. Wolfe
March 21, 2012
Less than one week ago, the first new iPad buyers began using their shiny new tablets to surf the Web, play games and watch video. Now, many of those users are finding that their month data charges could be rising, according to The Wall Street Journal. Along with its extraordinary Retina display, the new iPad comes with 4G/LTE compatibility for the first time, which offers superfast connections wherever AT&T or Verizon Wireless makes it available. Unfortunately, many are finding that along with a faster connection come higher monthly fees, even in a short period of time. This is because both U.S. carriers offer wireless connections that are capped. For example, AT&T offers their Wi-Fi + 4G customers three service plans:   For their part, Verizon Wireless offers the following plans: 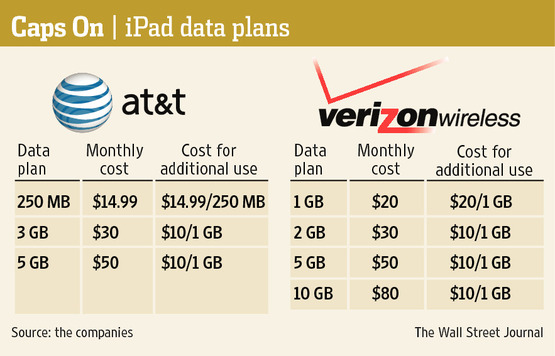 Verizon estimates that regular video, for example, streamed over an LTE connection, runs through 650 megabytes an hour. This means someone using the company’s 2GB plan would go through their monthly allotment in less than three hours. So what can customers do, besides paying the extra fees? The Wall Street Journal recommends the following five solutions: Use Wi-Fi whenever possible; download videos, rather than stream; turn off your iPad’s LTE connection; learn the data cost of your habits on the iPad. Of course, each of these solutions means limiting use on your new iPad, which isn’t ideal. Our advice: If possible, purchase the most expensive data plan being offered by your carrier. Then, check your first bill and adjust your plan accordingly. Or, if need be, return your Wi-Fi + 4G iPad and get a Wi-Fi only model instead. Sure, you won't always have a connection, but you'll save money. Have you experienced data overages on your new iPad, even after less than a week? We'd love to know. [Photos: The Wall Street Journal] 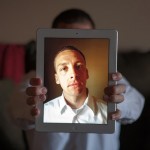 The New iPad Could Mean Higher Monthly Costs For Some

The New iPad Could Mean Higher Monthly Costs For Some
Nothing found :(
Try something else