You are using an outdated browser. Please upgrade your browser to improve your experience.
by Sean Capelle
April 29, 2012
Siri, the voice-activated personal assistant on the iPhone 4S, can do enough simple things to make life a little easier on today’s on the go iOS user. Ask her “What can you do?” and she’ll list some of the following: calling a contact or messaging them, setting reminders, checking out the weather, and doing unit conversions. She even knows the meaning of life and how much wood could a woodchuck chuck if a woodchuck could chuck wood. On the Mac side, there’s another personal assistant, who is seldom used by the average user and who happens to have no concept of woodchucks. This is Automator. Siri’s name in Norwegian means “beautiful woman who leads you to victory,” while Automator has a more utilitarian name, meaning “self operating.” But what if you could take the voice interaction of Siri and combine her with the power of Automator? You’d get the “Sirimator.” Call me greedy, or maybe inspired, but I’d like to see Siri do more. Granted, whether or not Apple lets her co-mingle with third party apps is still questionable, but there’s still a lot she can do just playing in the Apple sandbox. For example, just imagine the power in the following commands: “Siri, download all of my free app updates," or “What rank am I right now in the Jetpack Joyride leaderboard (on Game Center)?” or even, “Switch to the forward camera and take a picture of me.” Apple’s already captured the “inexperienced programmer” language in AppleScript Editor, so I think they can pull off linking the layman’s lingo with an action on Siri’s part. I’ve only dabbled with Automator in OS X, but I’ve picked up enough that it can do some serious stuff (except for woodchuck conversions, which is just silly). Siri shouldn’t be any different (especially since she does know woodchuck conversions). In fact, with the whole unification of iOS and OS X, Sirimator should just become the new Automator. Imagine if that landed with Mountain Lion. “Siri, repair disk permissions on Macintosh HD, and then message me when it’s done.” Siri is still in beta, so in all fairness, we have no idea what big plans Apple has in store for her. All we know is that we’ve seen her debut on the 4S and we want her on all of our Apple-branded pieces of equipment. We also know that while she’s pretty cool, she also has her limitations. I think it’s time for her to break down some sandbox walls and lead us all to victory. Which begs the question, is the “Sirimator” idea too much, or just what’s needed? 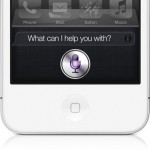 Enter: The Sirimator
Nothing found :(
Try something else