You are using an outdated browser. Please upgrade your browser to improve your experience.
by Joe White
July 22, 2012
It's more bad news for Kodak, as the U.S. International Trade Commission recently dismissed the age-old photography company's killer patent lawsuit regarding previewing images on a digital camera, the crosshair of which was aimed at both Apple and Research In Motion. The bankrupt Kodak had been hoping to seek financial gain through the potential success of its appeal, after struggling for some time to sell-off its multi-billion dollar patent portfolio. Instead, it looks like things for Kodak are going from bad to worse. Apple Insider reports:

Friday's ITC ruling is yet another nail in the coffin for the once giant photography pioneer that has been struggling to sell off a multibillion-dollar patent portfolio as part of the company's bankruptcy proceedings. The trade body's six commissioners agreed with a recent decision from an ITC Administrative Law Judge who in May concluded the patent to be invalid. Kodak first asserted U.S. Patent No. 6,292,218 for "Method for Live View Display and Digital Camera Using Same" against Apple and the BlackBerry maker in 2010 as devices from both companies allegedly used "live view" technology purportedly covered by the '281 invention.

Now, all Kodak can do is hope that the sale of its current patents can help resurrect the once-great company from the throws of bankruptcy. If the company is able to do this, Kodak has noted that it will concentrate instead on the printing side of the photography market, in an attempt to add a new, more defined focus to the company. Kodak's bad news, of course, is Apple's good news: it would have been a mighty blow for the folks at Cupertino, CA if the U.S. International Trade Commission had ruled in Kodak's favour. If any more news on the above hits the Web, we'll be sure to let you know. Source: The Wall Street Journal Via: Apple Insider 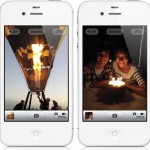 Another Nail In The Kodak Coffin Struck As Judge Dismisses Lawsuit Against Apple, RIM

Another Nail In The Kodak Coffin Struck As Judge Dismisses Lawsuit Against Apple, RIM
Nothing found :(
Try something else