You are using an outdated browser. Please upgrade your browser to improve your experience.
by Brent Dirks
September 7, 2012
Can you think of anything happening Sept. 21-24? Apparently FedEx can. MacRumors is reporting that FedEx is making preparations for a “surge volume” event during that time period, which coincides nicely with the dates rumored for the next-generation iPhone being placed on sale in the United States and other launch-day countries. During the surge, the carrier is apparently limiting employee training and travel so there will be as many people as possible to handle the extra packages and make deliveries to anxious customers. FedEx, as many Apple customers know, is the company’s top shipping carrier in the United States. The next-generation iPhone is expected to be introduced on Wednesday, Sept. 12 at an event in San Francisco. As reported today, the colors, prices, and capacities Apple will be offering for the handset will remain identical to the current iPhone 4S. Preorders for the device will reportedly open up immediately after the event for the launch nine days later. The handset will most likely feature a taller screen, smaller dock connector, and other under-the-hood improvements. Also expected at the event is a new iPod nano and new iPod touch models. Source: MacRumors 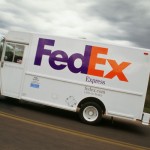 FedEx Prepping For ‘Surge Volume’ Event On Probable Date Of New iPhone Launch
Nothing found :(
Try something else