You are using an outdated browser. Please upgrade your browser to improve your experience.
by Brent Dirks
November 14, 2012
If you’ve been waiting for an LTE version of the fourth-generation iPad, we’ve got some good news for you. Apple Stores in the United States have begun to receive shipments of the tablet, according to 9to5Mac. But don’t run down and annoy the employees at your local Apple Store just yet. The tablet isn’t on sale, but that could change at any time. And there is no official launch date as of now. But 9to5Mac speculates that with the first wave of LTE iPad deliveries set for Friday, it makes sense for the tablets to be on sale at the stores then. The Wi-Fi versions of both the iPad and iPad mini were officially placed on sale earlier this month. In the first three days of availability, Apple announced that it sold 3 million units. That is more than double the amount of Wi-Fi only iPads sold during the launch weekend of the third-generation tablet earlier this year. And if you’re set on an LTE iPad mini, you’ll need to be just a little more patient. As we reported last week, the first shipments of those tablets should arrive sometime next week. Source: 9to5Mac 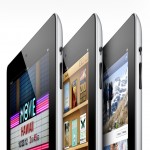 US Apple Stores Receiving Shipments Of The LTE Fourth-Generation iPad

US Apple Stores Receiving Shipments Of The LTE Fourth-Generation iPad
Nothing found :(
Try something else