You are using an outdated browser. Please upgrade your browser to improve your experience.
by Bryan M. Wolfe
January 22, 2013
Apple’s iPhone continues to lead as the top selling smartphone in the U.S. During a 12 week period ending Dec. 23, the iPhone accounted for 51.2 percent of all smartphone sales here. Meanwhile, Android controls 44.2 percent of the market, according to the newest Kantar Worldpanel ComTech survey. Of smartphone carriers, AT&T leads with 33.3 percent of all sales. Verizon Wireless is a close second with 32 percent, while Sprint accounts for 14.8 percent of all smartphone sales. In late December, Kantar reported that Apple’s share of the smartphone market had peaked at 53 percent, followed by Android at 32 percent. This was the first time that Apple had captured over 50 percent of the U.S. smartphone market. A similar survey taken at the end of November had Apple’s share of the smartphone market at 48.1 percent compared to 46.7 for Android-based devices. Kantar Worldpanel ComTech analyst Mary-Ann Parlato states:

Apple’s continual improvement is thanks to both the iPhone 5 and older models attracting various customer groups, from repeat Apple buyers, first time smartphone buyers and those coming from other smartphone brands.

Apple is expected to announce quarterly iPhone sales tomorrow, Jan. 23. Already, we know that Verizon sold 6.2 million iPhones during the October through December quarter. AT&T will announce their results on Thursday, Jan. 24. 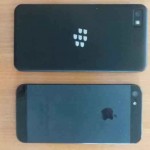 See The iPhone 5 Next To The Upcoming BlackBerry Z10 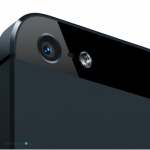 Only Apple Knows For Sure Whether The iPhone 5 Is In Trouble
Nothing found :(
Try something else