You are using an outdated browser. Please upgrade your browser to improve your experience.
by Bryan M. Wolfe
April 2, 2013
The U.S. Patent and Trademark Office has granted Apple a new patent for a call waiting system. U.S. Patent No. 8,412,164 is for a “Communications system that provides user-selectable data when user is on-hold.” According to the patent application, the information wouldn’t be “static.” Rather, it would be different every time a new connection is made between  callers. Called “adaptive information,” it could include news, weather, music, or other information that “may not necessarily be stored on a user’s device.” It could also display information unique to the other person on the line. For example, the person’s birthday, future meetings a user has scheduled with that person, etc. It will be interesting to see if this technology is incorporated into the next version of iOS, which Apple will likely reveal in June. The new patent was first submitted to the USPTO in 2011, and followed a property applied for in 2007. Michael M. Lee is credited as its inventor. See also: Future iPhones Could Include A Wraparound Display, and Apple Receives A Patent For ‘No Look' Technology. 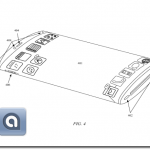 Future iPhones Could Include A Wraparound Display 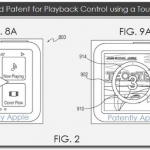 Apple Receives A Patent For ‘No Look' Technology
Nothing found :(
Try something else