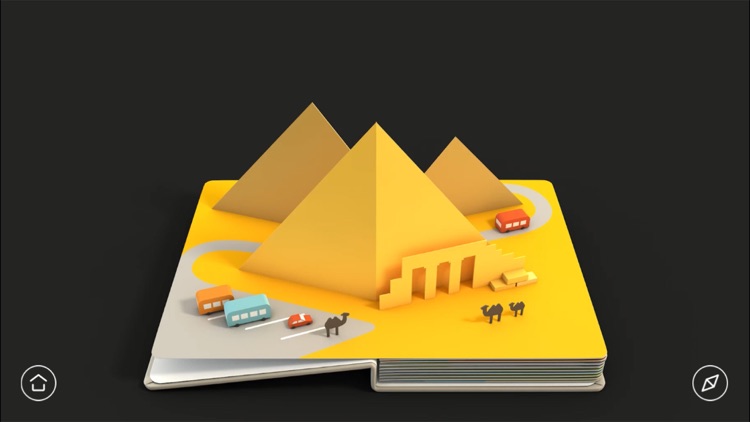 AirPano Travel Book is a collection of unique spherical photo panoramas of the most amazing places in the world with a bird’s eye... 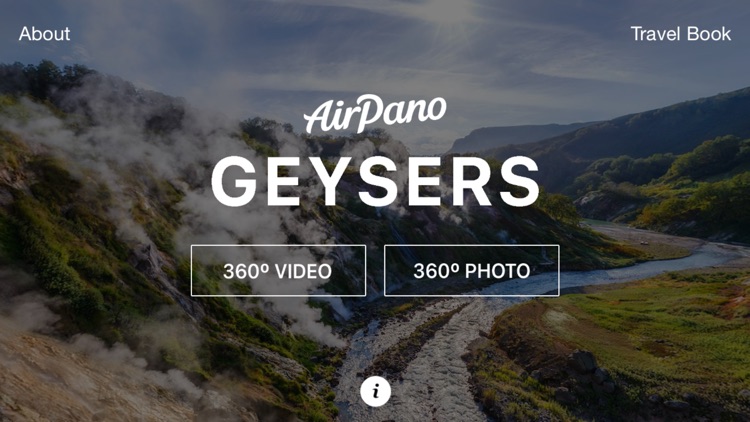 "Geysers 360°" app – the unique interactive 360º photo and video of the Valley of Geysers, Russia, Kamchatka

"Geysers 360°" app – the unique interactive 360º photo and video of the Valley of Geysers, Russia, Kamchatka. The Valley of Geysers — one of the most famous attractions of Kamchatka region and the world. There are dozens of similar canyons in Kamchatka, but this is the only one with 40 geysers and numerous hot springs stretched 6 km from... 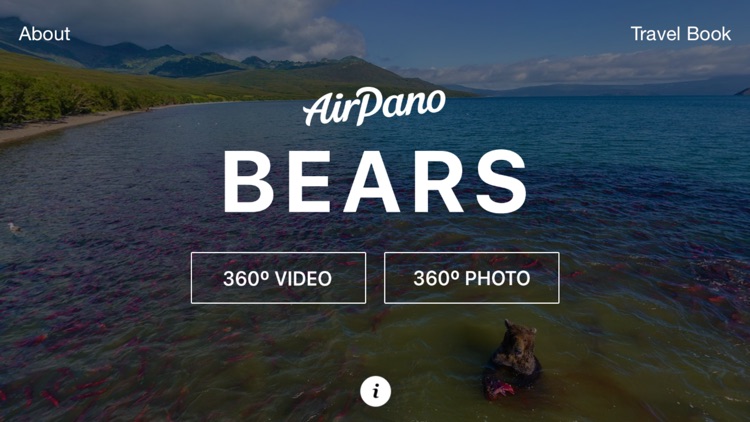 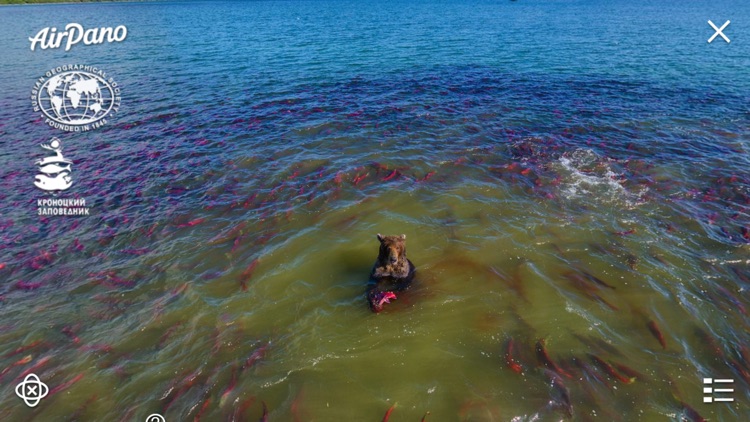 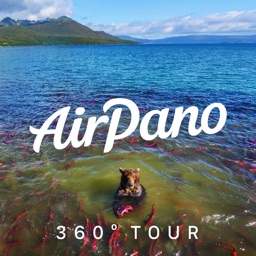 "Bears 360°" app – the unique interactive 360º photo and video of the most beautiful places around Kurile lake. One of the craters of the long-extinct Kamchatka volcano (caldera) is filled with picturesque Kurile Lake. It's the second largest freshwater reservoir in Kamchatka. On a clear day a surface of... 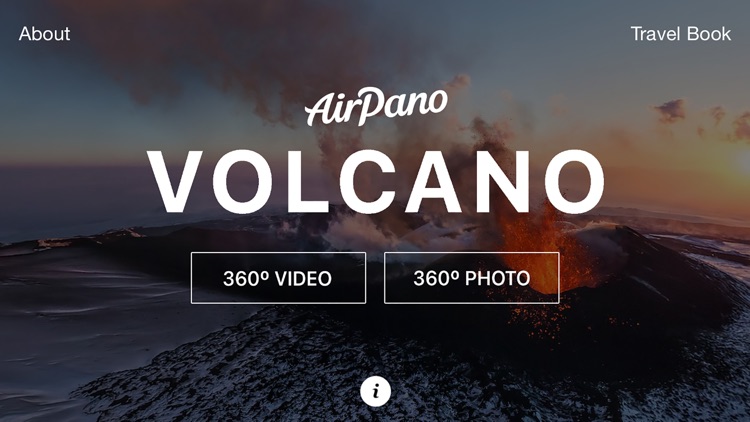 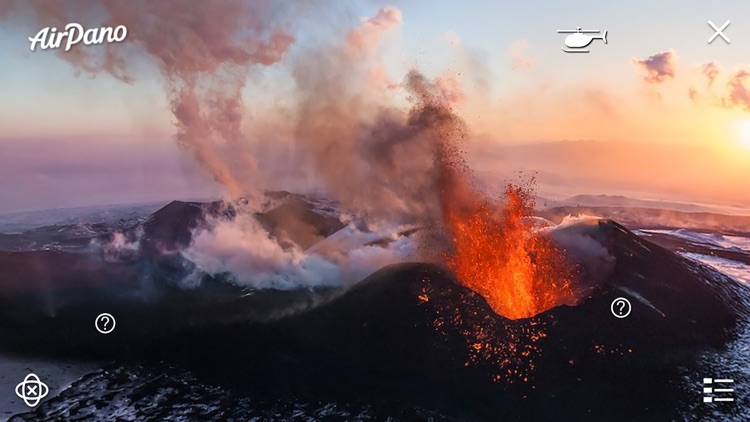 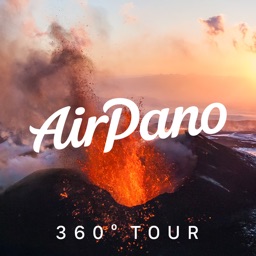 Thanks to our own method for filming and editing 360º photo and video you can not only see the volcano eruption captured... 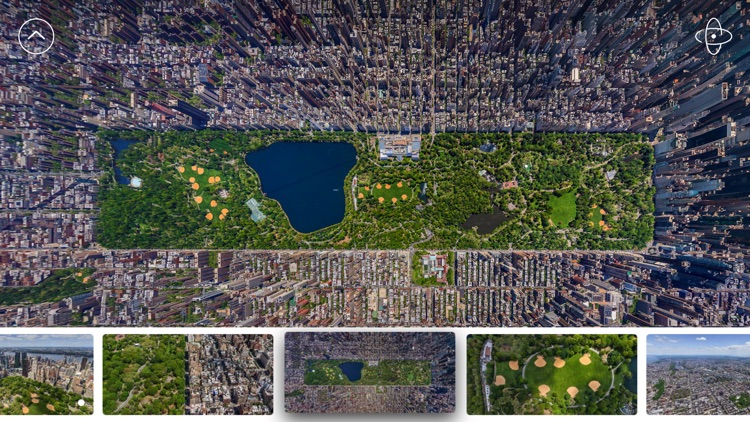 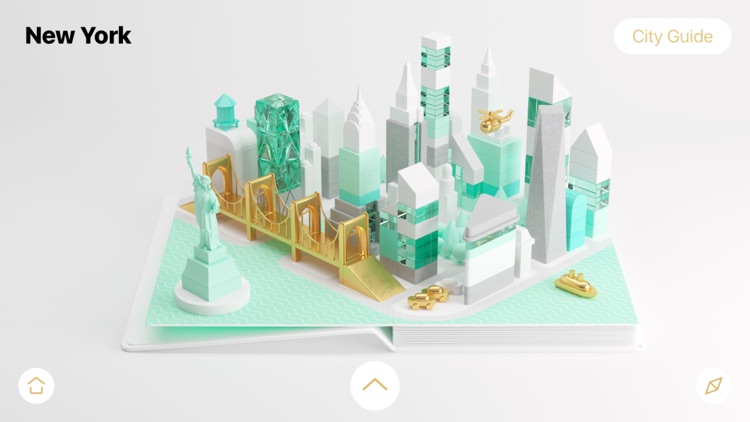 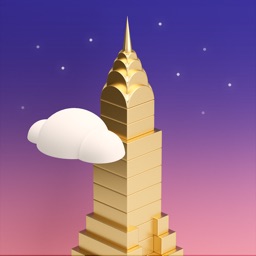 Get ready for a superb virtual travel experience! AirPano City Book is a collection of unique travel guides and virtual tours of the most amazing cities in the world. 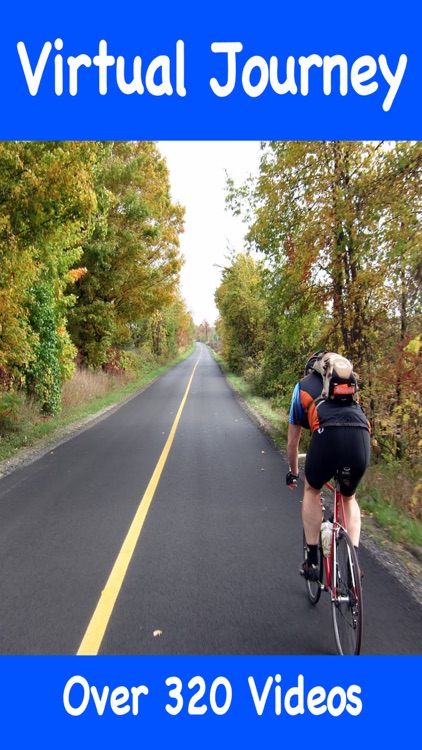 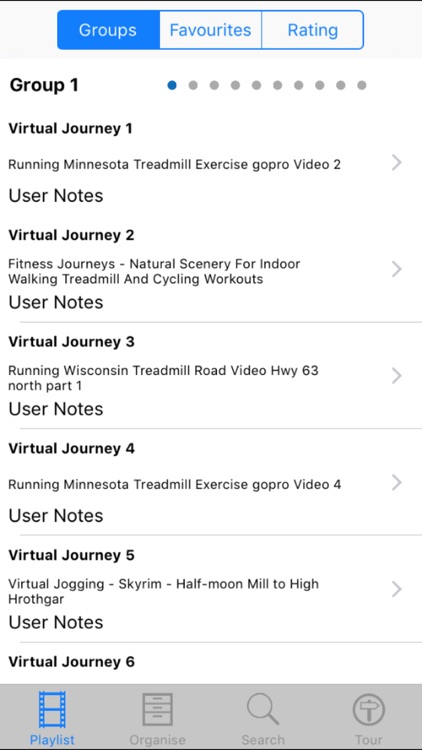 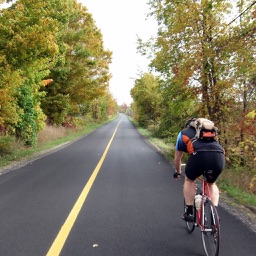 This collection of 330 Virtual Journeys are a brilliant tool for the treadmill or cycling machine and will entertain you whilst you put on the miles. Otherwise its just great entertainment even if you are just sitting! 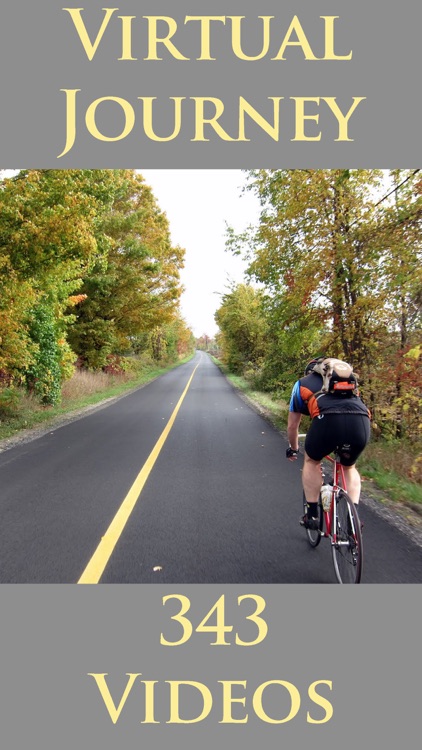 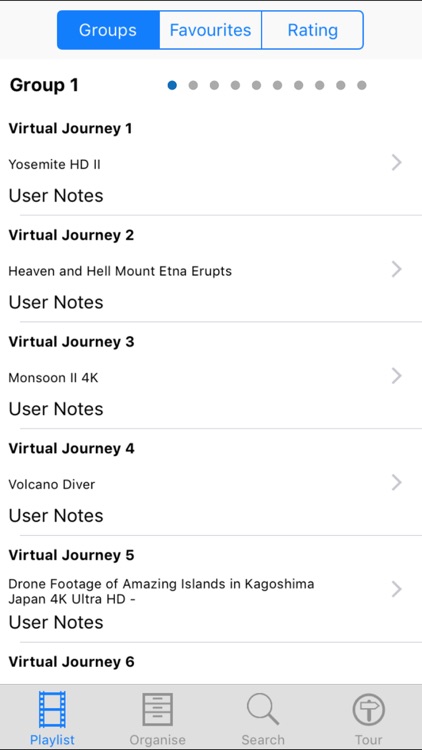 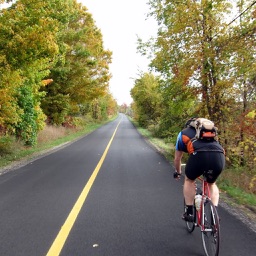 This collection of 343 Virtual Journeys are a brilliant tool for the treadmill or cycling machine and will entertain you whilst you put on the miles. Otherwise its just great entertainment even if you are just sitting! 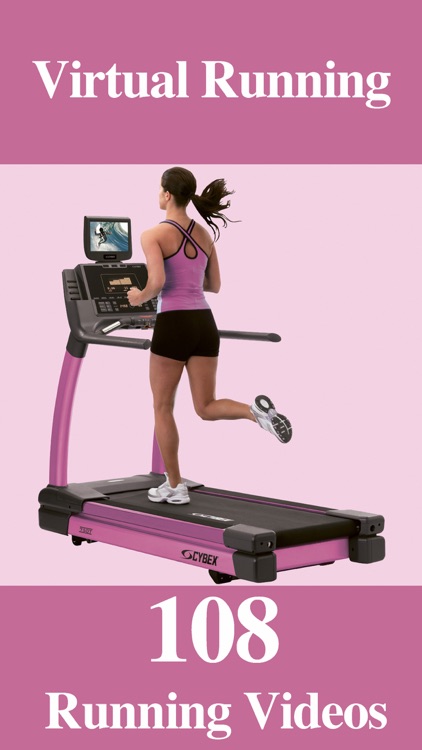 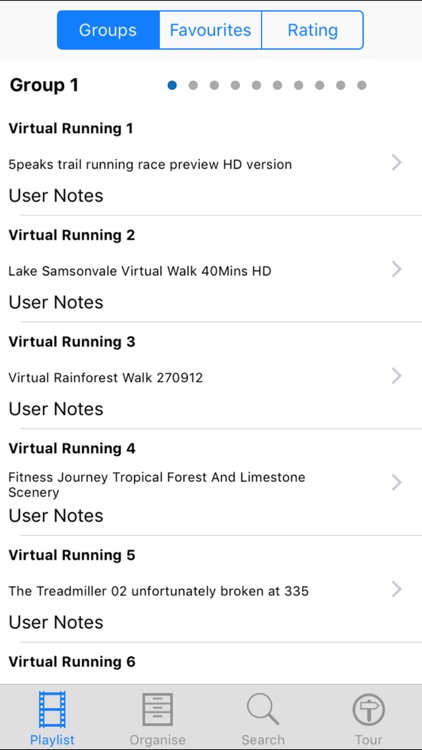 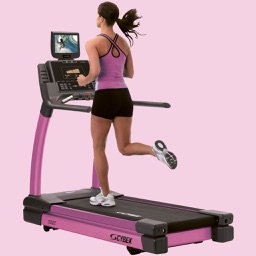 The treadmill has never been so interesting with this fantastic collection of 108 Virtual Running Videos. The videos cover many amazing runs from around the World. 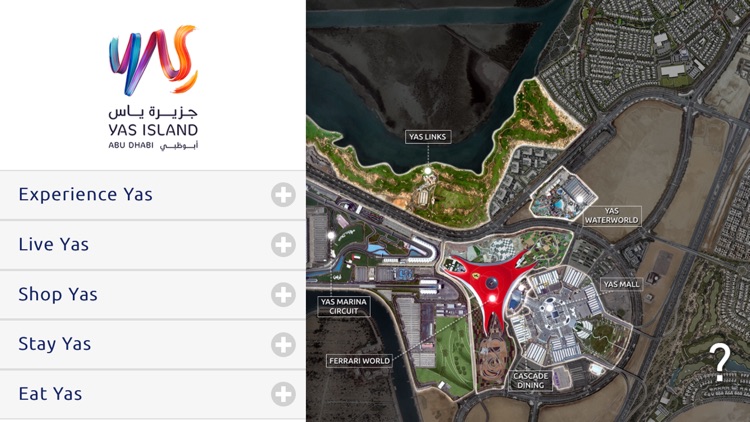 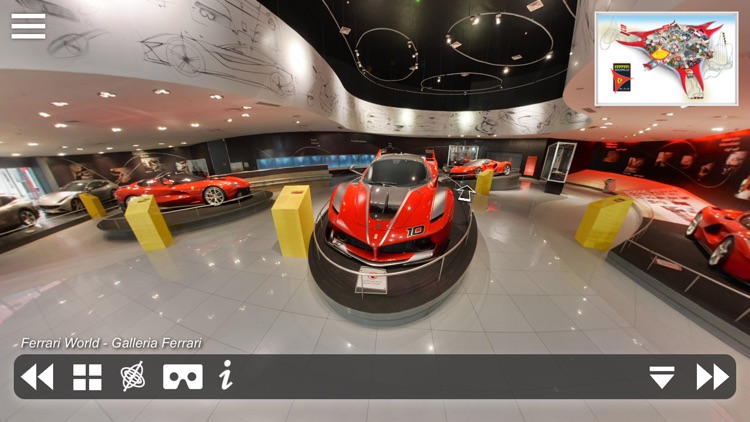 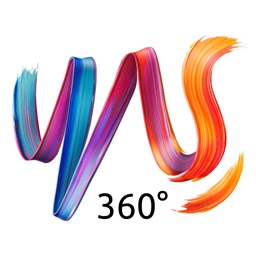 This Revolutionary 360º virtual map tour facilitates island exploration and helps visitors visualize their own bespoke experiences ahead of time
Yas Island, the UAE’s premier entertainment destination, is creating exciting and meaningful connections through the introduction of this new 360º virtual map tour. Yas Island is looking to enrich users’ experience... 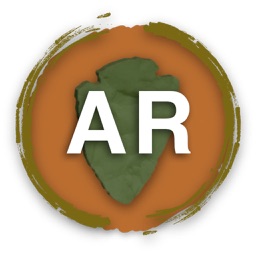 Here we are exploring 8 of our national treasures. Each historic WPA National Parks poster acts as your ticket into an immersive experience within that location. Simply roll your phone camera over a poster to start your journey. To enter a different location, just click the camera icon on the bottom right of the app screen - then point the camera to a different poster.

Visit npe100.com to browse the WPA historic poster art gallery, and to navigate the parks and 360 immersive content associated with each location via Google Map views. Please stay tuned as we prepare for the public release of the 360 Video/Virtual Reality features also associated with our immersive learning platform.

THiNKIMMERSIVE is a Virtual and Augmented Reality Exploratory Lab spawned by the members of nyc-based digital agency – visual mercenary group. We believe that the deeper sense of presence within these immersive mediums will reshape the way we interact – making digital connections more meaningful.
Our mission is to enhance and accelerate learning through Digital Interactive, Virtual and Augmented Reality. We set out to raise awareness and educate about the importance of real world experiences, and to create technologies that support interactions with the natural world. We hope this first experience with the National Parks creates excitement for additional topics to follow.

We’ve built an immersive digital learning app platform that contains virtual and augmented reality functionality with access to a companion microsite - an engaging and interactive way to learn about our National Parks!

Engage with 360 photo, 360 video and an interactive microsite via this mobile application. 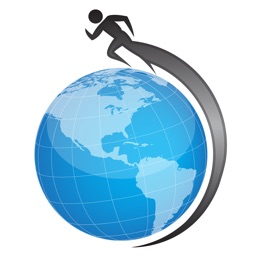 Virtual Runner is an exciting new approach to treadmill running. High Definition videos of popular courses speed up and slow down according to your pace, fully immersing you in the experience.

- Run your favorite routes during inclement weather or even while traveling

- Learn race courses and landmarks BEFORE you run them

Virtual Runner is designed to work WITH the existing treadmill and iPad. You simply install Virtual Runner on your iPad along with selected course videos.

A growing library of famous race courses, popular running routes and scenic destination runs are all shot in wide-screen from a runner’s perspective allowing you to see a course as if you were actually running it, at YOUR pace. Dolby Digital Sound also captured the natural sounds while the video was being filmed.

Courses are available through inApp purchases:

Some of the courses available are:

Our quick start guide can be downloaded here:
http://outsideinteractive.com/wp-content/uploads/2015/05/iPadAndAndroidQuickStartGuideVersion1.pdf

You can control the speed of the video manually or for a more interactive experience, you can add an ANT+ connection. ANT+ is the wireless protocol found in most of today's most popular sports watches and accessories, many of which you may already own!

Attach the ANT+ foot pod to your shoelace and plug in the ANT+ connector to your iPad. (On screen heart rate monitor display is available as an optional feature as well with an ANT+ compliant heart rate strap) Next, you select which video or videos wish to view and start the program. After a brief countdown, your video begins to play on your iPad or HDTV connected (via AirPlay) As you run, the foot pod transmits your pace to the wireless receiver. This data is read by the Virtual Runner Software, which adjusts the speed of the video based on this data. If you run faster, the video will speed up. If you slow down, the video will slow down. See your overall time, average pace, distance covered (by mile or km) cadence and heart rate. Virtual Runner is sure to make time fly and improve your overall treadmill experience.

Bluetooth foot pods and heart rate monitors can also be used with Virtual Runner. No connector needed since the iPad supports blue tooth. 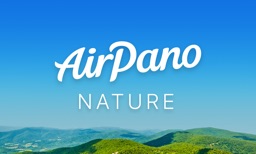 AirPano Nature is a collection of unique aerial screensavers – animated spherical panoramas of the most amazing places in the world with a bird’s eye view.

AirPano Nature doesn't function as the Apple TV screensaver and must be launched as an app.