You are using an outdated browser. Please upgrade your browser to improve your experience.
by Christine Chan
December 9, 2017

Ashworld ($3.99) by Pascal Bestebroer is an open-world survival adventure game that takes place several hundred years in a post-apocalyptic future. If you enjoyed games like Death Road to Canada, then you may enjoy what Ashworld has to offer.

Let's face it — whenever you tune in to the news these days, you may just wonder when the world is going to end, because it's inevitable at this rate. It may actually be better to start preparing for an apocalyptic future, honestly, and that's pretty much what you're getting in Ashworld. I've been a fan of Orangepixel's other games, like Meganoid 2017, Heroes of Loot, and Space Grunts, so when Ashworld was announced months ago, I was eager to give it a shot. 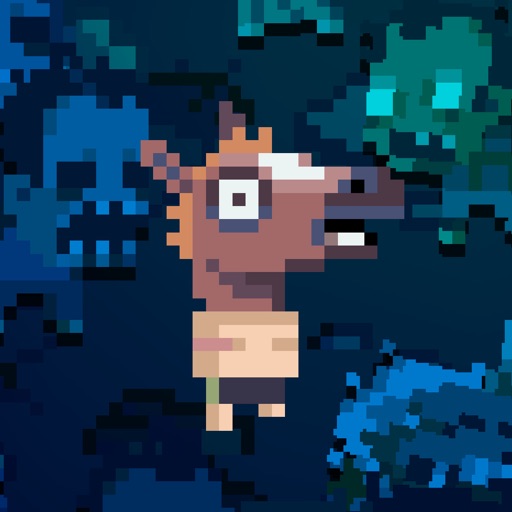 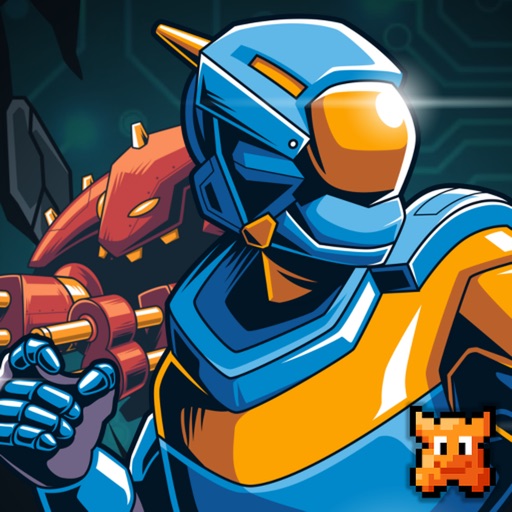 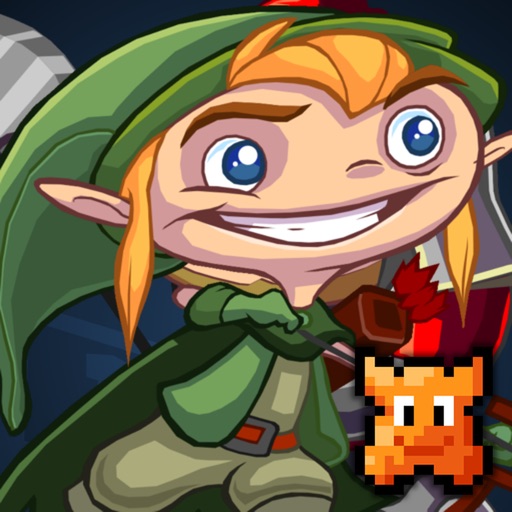 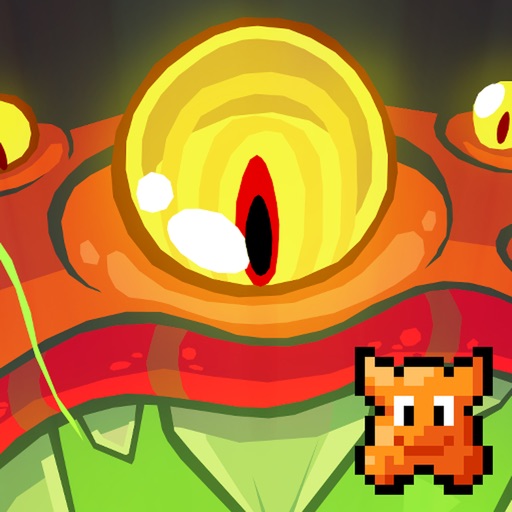 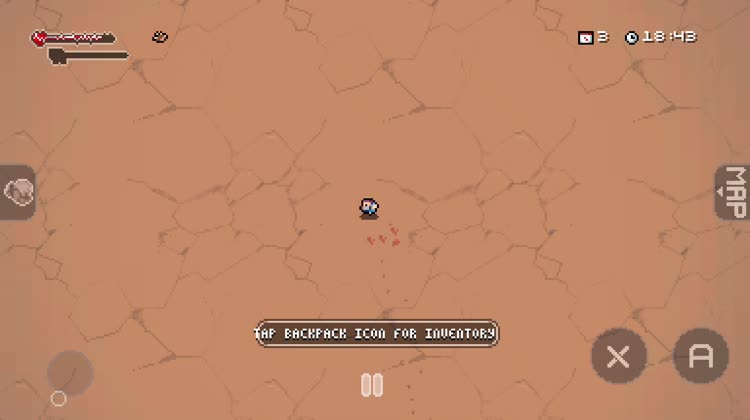 Visually, Ashworld retains the retro, pixelated art style that Orangepixel's titles are known for. Everything's rendered in 2D, though the game does feature dynamic lighting and daytime cycles, which give everything a bit of oomph to it. And despite the fact that everything is pixelated, the game still manages to pack in plenty of fine details and textures. The tiny character sprites on the open map are still distinctive from each other, though it's probably best to play this game on an iPad.

The colors in Ashworld are mostly dark and gloomy to fit the post-apocalyptic theme, but there's some bold and vibrant hues from fires and cartoon blood that contrast nicely. Animations are smooth and fluid with no issues of lag on my iPhone 8 Plus. The game also features an eerie soundtrack that goes well with the overall tone, and sound effects are fairly realistic for what it's worth. For a more immersive experience, I'd recommend playing this game with some good headphones.

With Ashworld, even though it's an open-world adventure that's procedurally generated on new games, you still have the same opening each time. The story behind Ashworld is that in 2017, a nuclear war began. It's been 400 years since, but the remaining humans are still cleaning up the mess from that nuclear war. It's a game about survival, and resources like food and water are as scarce as they come. The Ragers rule the barren land, terrorizing their way to become top of the food chain. And at night, there are the Skellies, which only become more powerful as time passes.

It's up to you to help the protagonist survive this mad world by making use of what's left. You'll encounter various friendly NPCs who will help you if you help them, different weapon types to help you take out your foes, food and water to help you replenish energy, various vehicles to help you get around or squash enemies, and more. Ashworld even has its own crafting system, and you gain experience and level up to increase your survival skills.

While the game is open-world, it's an adventure that involves resource management and tests your survivability. And if you usually don't like open-world games because there isn't much guidance, Ashworld has story missions to help you get where you need to go. There's also sub-quests if you want even more to do. Once you have a mission, you can access the game's map at any time to view where your destination is. There's also an arrow pointer above your character that points you in the right direction, which is always helpful for those who get lost easily (like me).

The controls in Ashworld are simple enough, and they're fully customizable as well. In the bottom left of the screen will be an invisible virtual joystick that lets you freely roam around on the overworld. If you go inside of a building, then you'll have two buttons for moving left and right in the bottom left corner. The bottom right corner contains two buttons: X and A. The X lets you do actions, such as attacking with your equipped weapon. The A button lets you talk to NPCs or jump, depending on where you are. The A button shifts around slightly, depending on if you're on the overworld or inside a building.

When you're driving a vehicle, the game adds a forward and reverse button above the X and A buttons. You use these to accelerate or reverse the vehicle, and steer with the left and right arrows. It does take a bit of getting used to, but feels pretty good after a while.

If the default controls aren't to your liking, you can adjust them in the game's settings. It separates them into Platform, Running, and Driving controls, and lets you re-position the buttons as you wish, adjust sensitivity levels, and the touch area size (big, small, or default normal).

Ashworld is a tough and challenging game, and definitely not for the feint of heart. There's a lot of open space with the barren lands, and Ragers can come in at any time to fight you. It's all about quick thinking and reflexes in this game, as well as managing what few resources you have. Plus, nighttime is even more dangerous with the Skellies coming out, so trying to survive in the day to get enough weaponry is a task in and of itself. 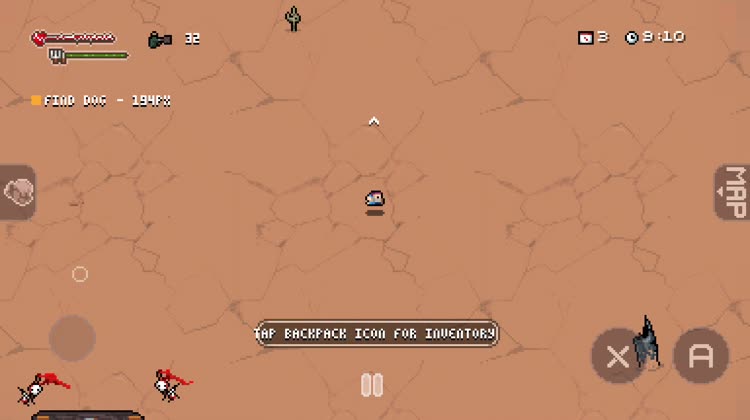 Ashworld is definitely a fun, albeit frustrating open world survival adventure. The vintage-style graphics are great, though a bit small on iPhones, and the sound is delightfully haunting. There is plenty of things to do, and surviving long enough to do it all is a test of skill. The controls are simple enough, but the customization really takes the cake. If you're not satisfied with the default settings, make sure to go into the options and tweak it around until you find the right settings for you. 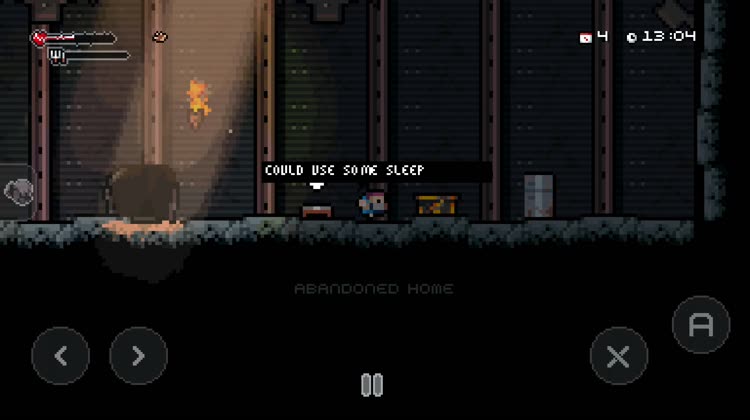 While Ashworld is a good game, it's not for everyone. As mentioned earlier, the game is not forgiving and can be rather difficult to get far enough to make good progress. I also found the slight shift in the A button position when switching between the overworld and platforming to be a bit annoying, but at least you can change it if desired. I also think the opening should be skippable, because I've seen it a few times already now.

If you're craving a tough-as-nails survival adventure game, then Ashworld is going to be right up your alley. The game has great pixel graphics, the sound design is great, and the controls are highly customizable. But if you're more in the mood for a game that's relaxing, you won't find it here.

Still, if you're searching for a post-apocalyptic survival game, then Ashworld is a good contender. Ashworld is available on the App Store as a universal download for your iPhone and iPad for just $3.99. The game is also available on Steam for $13.99. 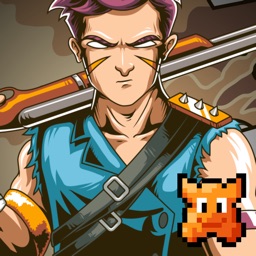