You are using an outdated browser. Please upgrade your browser to improve your experience.
Apple's Software
by Joe White
April 7, 2016

Apple's Swift is soaring higher and higher, and could eventually be adopted by Google as a so-called “first class” language for Android development, while also being used more actively by the likes of Facebook and Uber, a recent report notes.

The news comes from The Next Web, which explains in a recent article that around the time Swift was going open source, interesting discussions were taking place between several high-profile companies. As the publication notes, “representatives for three major brands – Google, Facebook, and Uber – were at a meeting in London discussing the new language.” According to sources, “Google was considering making Swift a 'first class' language for Android,” while Facebook and Uber were looking to better incorporate the programming language in their services and operations.

Google is, according to the report, seeking a replacement for Java: its current first-class language. And its ongoing legal issues with Oracle are prompting bosses behind the mobile OS to seek alternatives. Apple's Swift wouldn't be able to swoop in as an immediate replacement – Google would, as The Next Web adds, need to make “its entire standard library Swift-ready, and support the language in APIs and SDKs.” All Android APIs in C++, for instance, would need to be re-written, since Swift can't re-bridge to these.

In short, any transition would take time.

However, as The Next Web adds:

Using Swift for Android is not impossible, though. Late last year, developer Romain Goyet toyed with Swift for Android — and had some success. While that project was completed well ahead of Swift being open source, it nonetheless proved that it can be done.

That project used the Android NDK, which allows other languages to be loosely implemented into Android. With an open source Swift and support from Google, Android apps wouldn’t require that toolkit.

And Swift's open source nature, something Apple unveiled last year, is naturally a big plus.

It's likely going to be a long time before any of this comes into fruition, mainly due to the reasons outlined above; Google's adoption of the language would take time, and this is holding back Swift adoption by the likes of Facebook and Uber (although both parties are indeed interested). Yet Swift is nevertheless hugely popular among certain developers, and GitHub apparently told The Next Web that Apple's language is the website's 11th most popular, which is no mean feat.

All of this means demand for Swift developers is growing by the day. Not bad for a language that's not even a couple of years old. 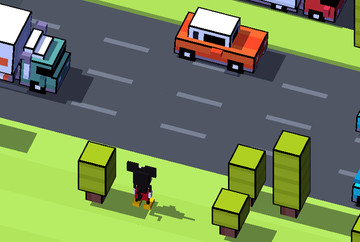 Why did Mickey cross the road? Find out in Disney Crossy Road 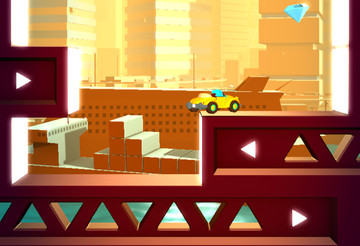