You are using an outdated browser. Please upgrade your browser to improve your experience.
by Jeff Byrnes
July 25, 2017

Using the GOES-East satellite, you can view quite a bit of the continental United States, as well as Central and South America. Many apps, unfortunately, don't update the satellite imagery from GOES-East as often as they could. After all, the National Oceanic and Atmospheric Agency, the government division in charge of GOES-East, provides us with a stream of data from that satellite every two hours. MySky improves on that, providing almost real-time footage of the western hemisphere's view from GOES-East. 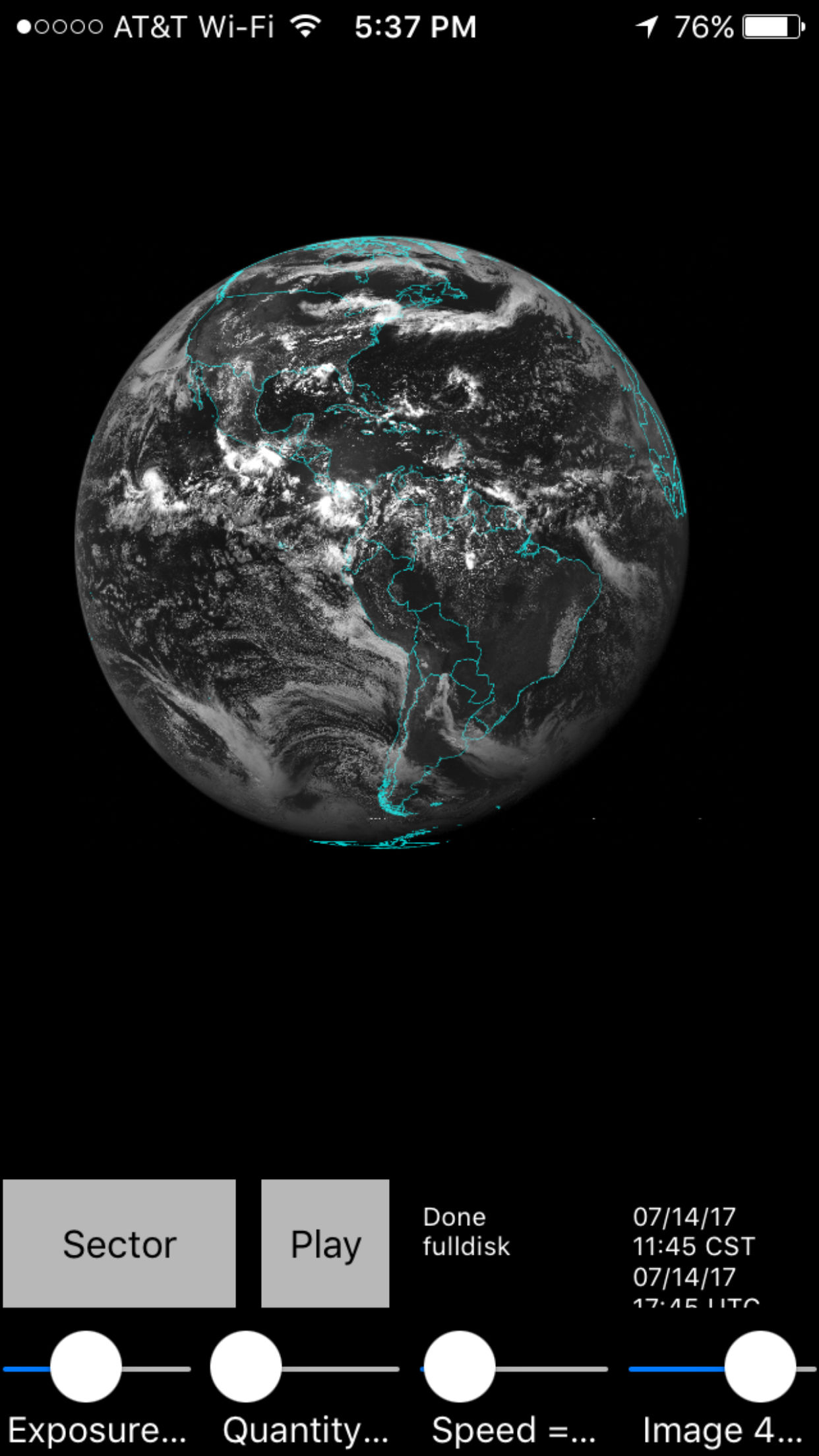 MySky taps into that stream of satellite imagery, giving you a way to view it straight from your iPhone or iPad. You don't get real-time feeds, but it's pretty close. In my testing, the app never lagged behind NOAA's feed by more than two hours.

You can easily zoom in on the satellite feed, either by pinching to zoom or by tapping "Sector" and choosing the region you want to focus on.

MySky is quite a handy app for following cloud and storm fronts, letting you keep tabs on what that hurricane is doing with ease.

The app is not really updated often enough for tornado chasers, since it does lag a couple of hours behind, but MySky will definitely work fine for keeping an eye on storms with more longevity. 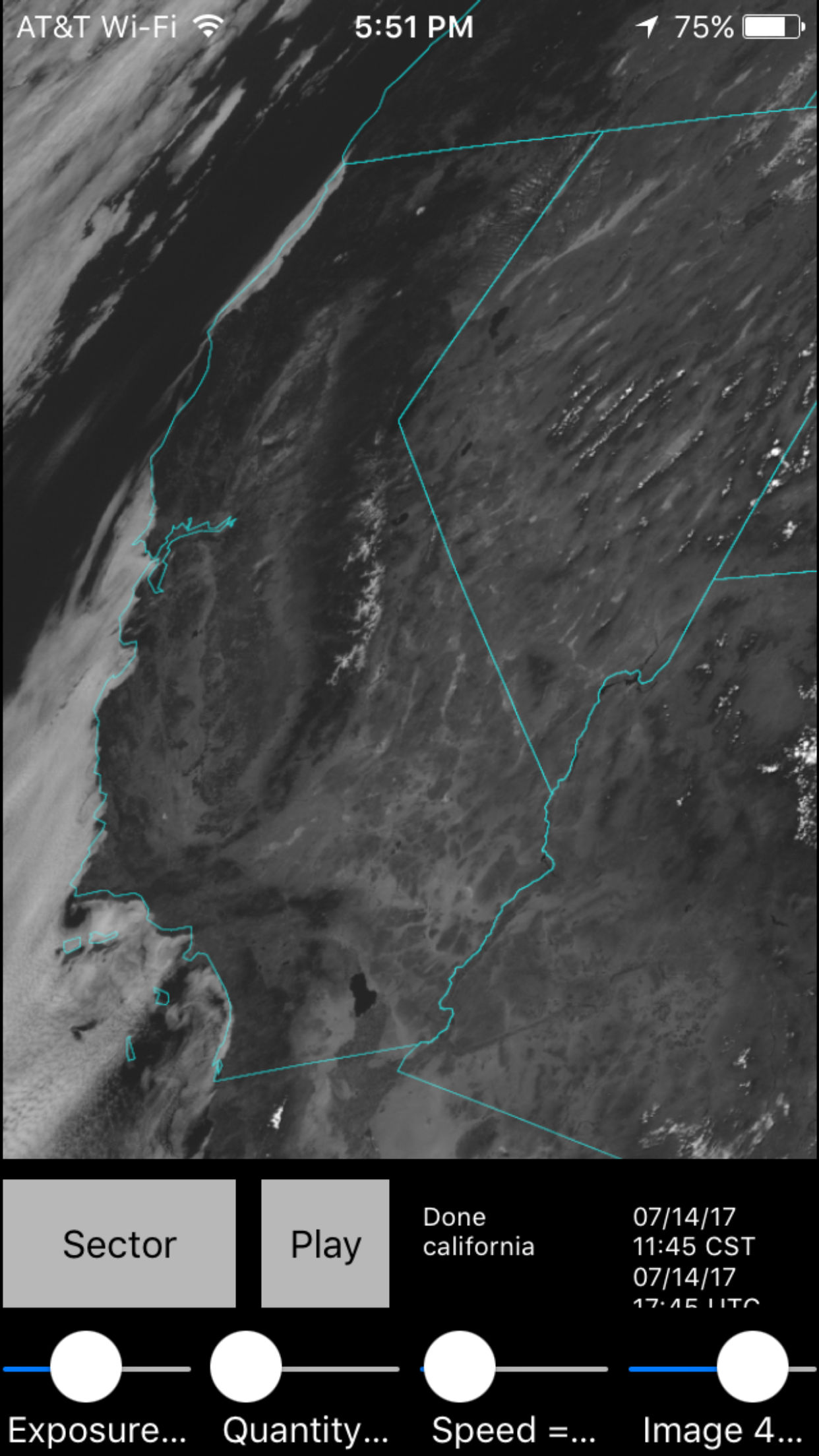 MySky isn't the most beautiful app for tracking satellite footage, but it is still the best I've found. You can easily adjust the exposure of the satellite footage, enabling you to easily view cloud cover even during the night hours. Using sliders, you can control the aforementioned exposure as well as the number of snapshots to download and the speed at which the app loops through the still shots. Stop playback, and you can use the image slider to scrub through the downloads.

I really like the way the app allows you to drill down and focus on various parts of North and South America. Tap on "Sector," and you can choose a variety of regions. Choices include several of the continental US states, various Central and South American countries, and other geographic regions. For example, you can instantly zoom in on the Great Lakes, or Hurricane Alley, just by tapping those sectors in the list. To get back to the full view of the hemisphere, just tap on "fulldisk."

The only disappointment I have with MySky is with how slowly it acquires and downloads images. The developer states on its support page that the occasional timeout is caused by the NOAA server itself, and perhaps that is the case. Usually, quitting and restarting the app will cure things right up. It can be frustrating, but I've seen that problem plague other apps downloading recent satellite footage.

If you are a fan of satellite imagery, you probably like to see the most recent available footage. With MySky, you can certainly achieve that goal. The app isn't fancy or elegant, but it does what it does extremely well. 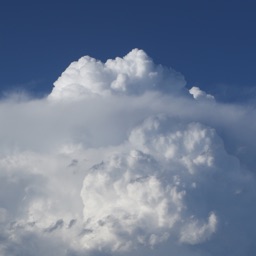 MySky
Robert Wilkes
Nothing found :(
Try something else