The best iPhone 7 case for most people is the Incipio NGP case because it offers fantastic grip and great protection against drops in a slim and minimalistic design. The Incipio NGP also offers the best bang for buck when compared to other cases including Apple’s Silicon case which retails for more than twice as much as the Incipio NGP. 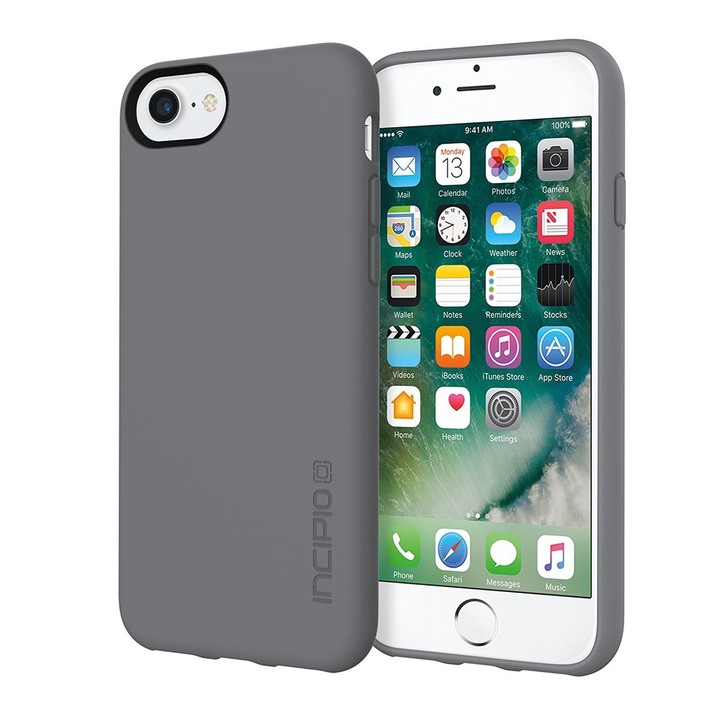 What makes a great iPhone 7 case?

Most cases do a decent job of protecting your iPhone from everyday scuffs and scratches, but we wanted to find a case that offered those features in addition to solid protection, good grip, without being ugly and bulky. We also think people want to be able to choose from a variety of colors, not just plain old black.

Here are three main things we want in an iPhone case:

Why the Incipio NGP iPhone 7 Case is the best?

The Incipio NGP case is a great case for anyone looking for a sleek, semi-slim case that offers plenty of protection from your typical scuffs, scratches, and drops. The case has a nice grip, but what makes me love it is that it doesn’t get stuck in your pocket like most other cases made of a grippy material. Try putting other silicon-based cases in your pocket and you’ll know exactly what I mean.

Incipio avoids this because they use a proprietary material called Flex2O which also happens to be both stretch and tear resistant. It’s nice because if you’re someone like me who likes to take their phone out of their phone to wipe down the screen or something, you don’t have to worry about the case wearing down over time.

The case also extends beyond the display which protects against face-first drops and it comes in a variety of colors and sizes for either your iPhone 7 or iPhone 7 Plus. All these features, plus the ridiculously low price, add up to a case we think is the best for most people.

Our experience with the Incipio NGP iPhone 7 Case

The Incipio NGP is flexible, yet extremely durable.

Let’s face it, there are a lot of iPhone cases out there. Some are super thin, meant for the minimalist, while others are big and bulky, meant for the person who wants extreme protection. But somewhere in the middle, there’s the iPhone case that is just meant to be, well, a case.

What brought me to the Incipio NGP was my desire to find a case that walked the line of offering good protection and grip without being too bulky. I also wanted a case that protected every edge of the phone, including the bottom area where the speakers and Lighting port reside. So many cases, including Apple’s Silicon Case, have a wide opening at the bottom for this area. It’s not a bad thing, but I just don’t understand why they don’t cover it up. The Incipio NGP does, thankfully, which means if I drop my iPhone on the speaker side, there’s a much higher chance that that part of my phone isn’t going to get dented or cracked. Who doesn’t want that?

You’d think that because the case isn’t bulky, you won’t get much grip, right? Well, you’d be wrong

Putting on the case is easy. Because of the Flex20 material, slipping it on takes only a few seconds. And once the case is on, your phone ends up gaining about 3mm in extra thickness, bringing to total to somewhere around 10mm. This is much slimmer compared to most cases that offer any real protection.

You’d think that because the case isn’t bulky, you won’t get much grip, right? Well, you’d be wrong. This grip on this case is without question one of the stand-out features. I’m not sure exactly what Flex2O is, but somehow it has this great balance of grip and slip. What I mean by that is that it feels grippy when it’s in your hands, but when you put it in your pocket, it slips in and out with ease. Apple’s silicon case, for example, does not do that.

What’s also great is that this case does little to prevent me from feeling both the Volume and Sleep/Wake buttons on the side of my iPhone. There’s nothing worse than having a case makes it difficult to access these buttons blindly. I hate that. 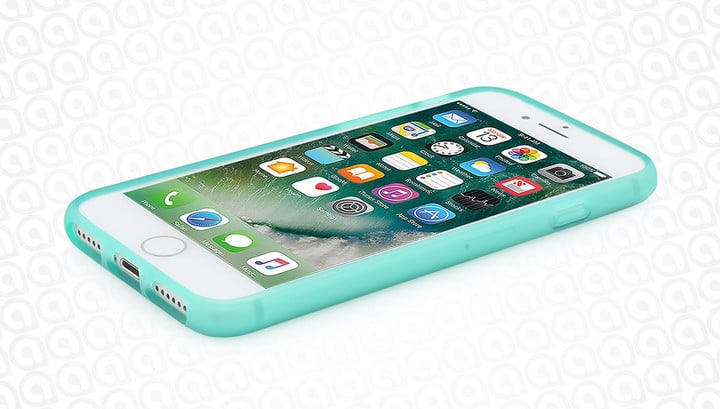 It comes in five different colors including this Turquoise.

Incipio solves this by essentially molding around the buttons to a precision that I would call very Apple-like. It doesn’t look exactly like Apple’s silicon case, but when it’s in your hand, you cannot miss those buttons. I love that.

Access to the Mute switch is also implemented well. There’s a nice cutout that lets you get to the switch without much trouble whatsoever. And because the case isn’t thick, it’s not buried deep like some other case out there.

Finally, I want to add that in the months of using this case, there were many instances where I had to take it on and off multiple times a week. So far, the case has never ripped or become loose. Each time I put it back on it feels almost as if I’m putting it on for the first time.

A Well-Designed Case That Offers Good Grip Without Bulk

The Silk iPhone 7 Grip case also provides great grip in a slim and light body. It has air-cushioned corners to help absorb shocks away from your iPhone in the event you drop it. It doesn’t come in as many colors as the Incipio NGP, but it does come with a screen protector. I still prefer the feel and look of the Incipio, but the Silk is a close second. 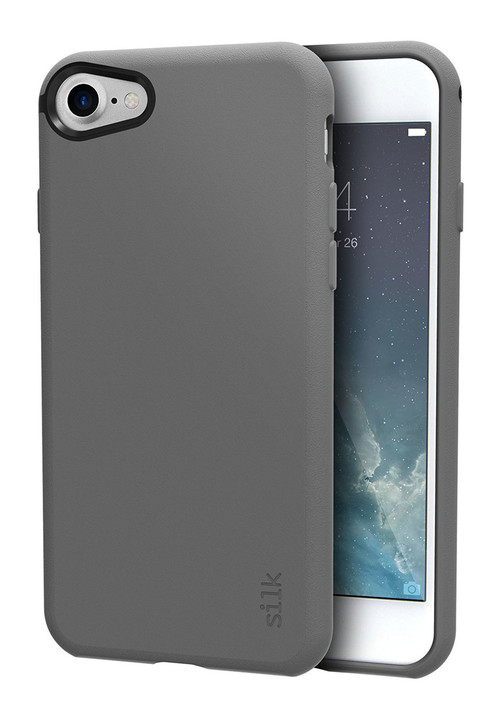 If you’re looking to save a few bucks, the Spigen Liquid Armor is also a good case. It’s made of TPU which means it will offer some grip and drop protection, but it doesn’t feel as nice as the Incipio NGP. 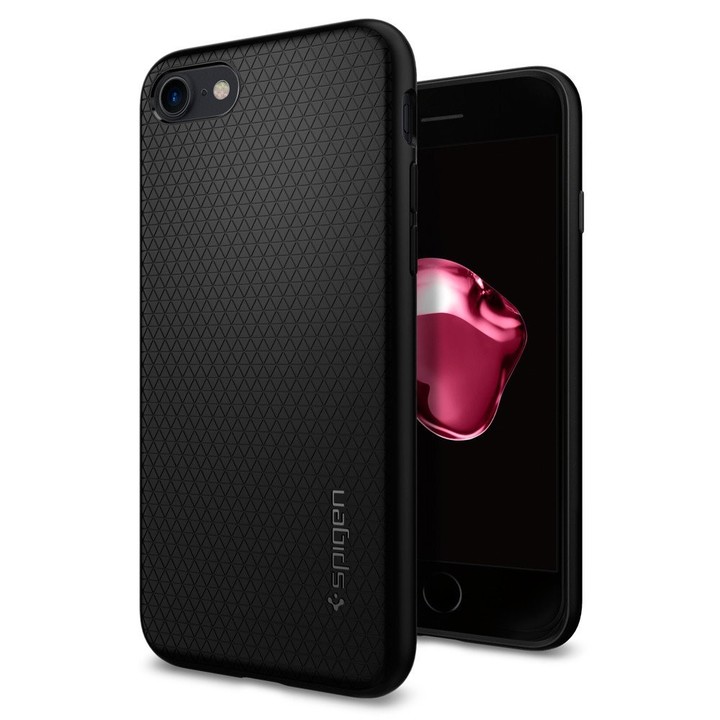 The leather iPhone 7 case from Apple is an incredibly well-crafted case that not only looks and feels beautiful, but it does something most cases out there don’t do: gets better looking with time. Because it’s leather, the outside develops a natural patina over time that is simply stunning. 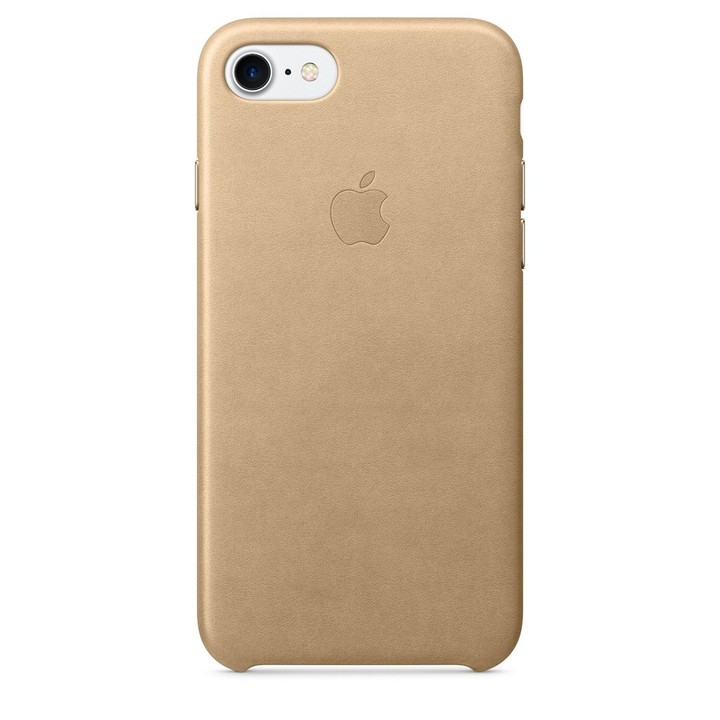 Apple Leather Case for iPhone 7
$45.00
available
on Amazon
* price at time of publishing was $45.00
Nothing found :(
Try something else