You are using an outdated browser. Please upgrade your browser to improve your experience.
by Kathryn Zane
January 15, 2013 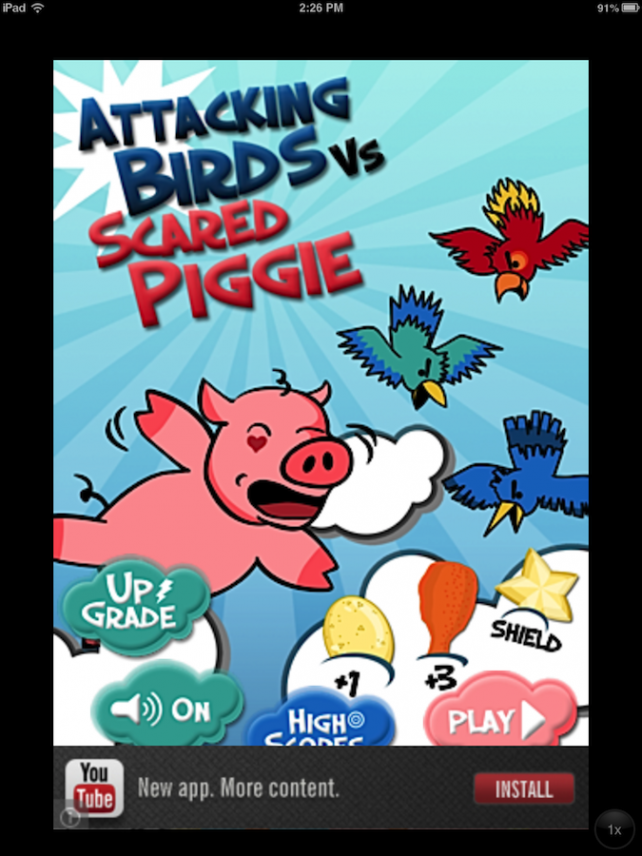 Attacking Birds vs Scared Piggies Free (Free) by Bernard Gym is an endless runner game that has piggies and birds in it. Normally, endless runner games involve moving as far along a track as you possibly can. In this case, you’re avoiding obstacles that are attacking you for an indeterminate amount of time. So, even though it’s not a typical endless runner game, it’s close enough to fall under the category. 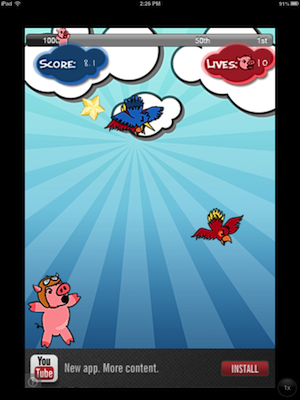 I know that any time birds and pigs come together, everyone thinks of the famous game Angry Birds. Now, there’s even a game called Bad Piggies made by the same developers, Rovio Entertainment, that is more of a puzzle game.

In this game, this is pretty much what the pigs would be experiencing if we were to look at the game Angry Birds from their point of view. They would see a large amount of birds dive-bombing them. If this game is a knock off, it’s at least got a unique spin to work with.

The pig is obviously terrified for its life. Your goal is to avoid as many birds as possible. As the game progresses, there are more and more birds, and they fly at you at an increased speed. You tilt your device to the left and right to make your pig move.

You begin the game with 10 lives. There are bonus lives that fall from the sky for you to collect as you dodge the birds. Believe me, once you get to a certain point in the game, you can easily lose 10 lives.

The gauge at the top of the screen tells you how you rank on a world level. The app also keeps track of how long you managed to last for that game and your personal best high score. 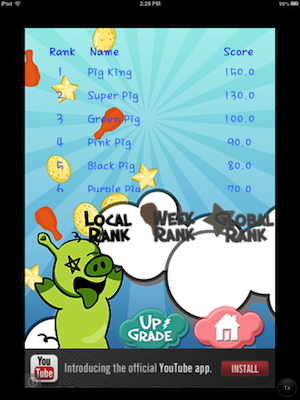 If you want to play the game ad-free, you can buy the full version through an in-app purchase for $0.99.

Attacking Birds Vs. Scared piggies is available in the App Store for the awesome price of FREE! 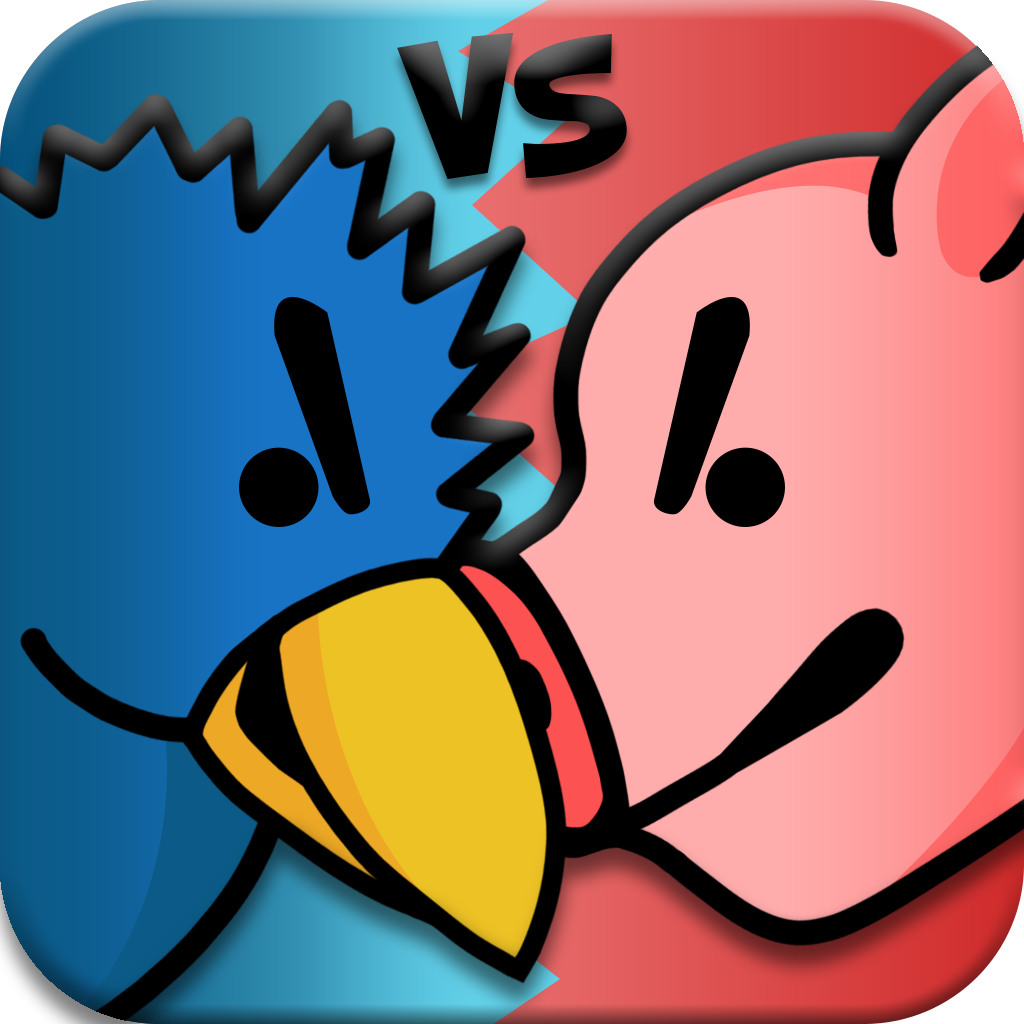 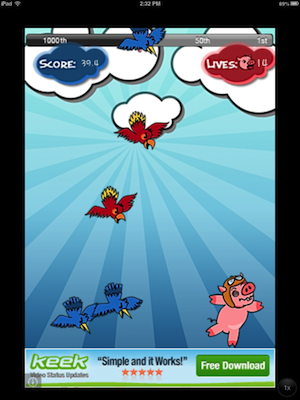 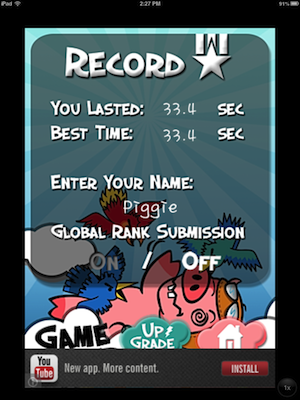 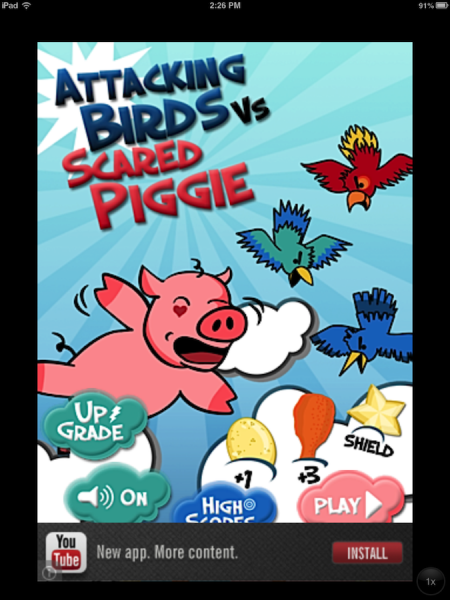