You are using an outdated browser. Please upgrade your browser to improve your experience.
by Kathryn Zane
April 5, 2013 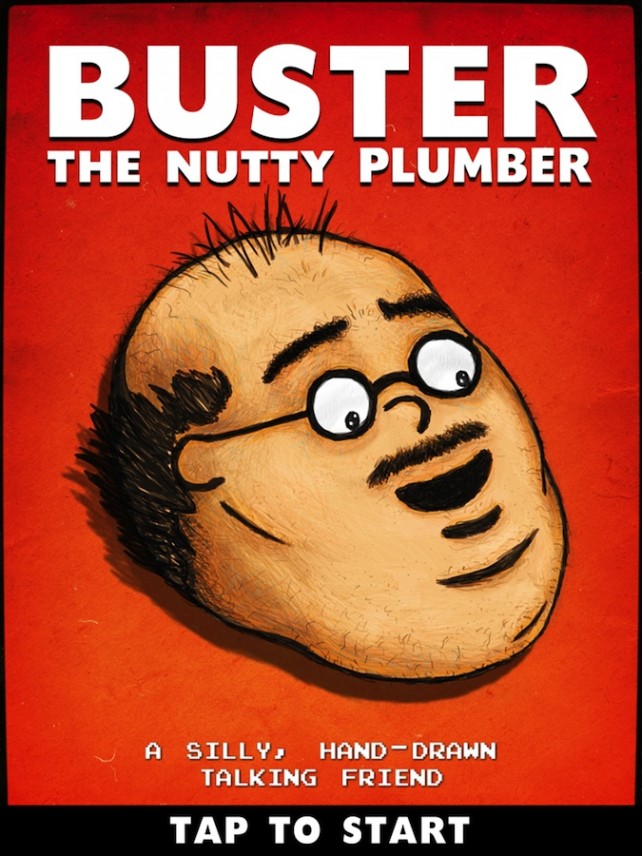 Buster is a plumber that you’ve hired to fix your toilet. I’m assuming that his was the first business in the Yellow Pages that you found, and you didn’t think that there was any harm in trying out his services. Well, now you’re stuck with him. Buster The Nutty Plumber has made himself quite comfortable in your home, and he’s not leaving. 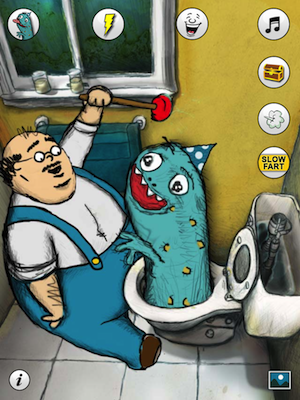 I can honestly say that I was impressed with all the features that were included in this app. Usually, when an app focuses on interacting with the character, it’s a little flat. You can hear your voice repeated back in a higher pitch, and you can pet or hit the character. That’s about it. This app offers many more options.

You can zap Buster with lightning. I’m not sure where this lightning comes from, but after dealing with Buster, I would be hesitant to call an electrician to come and fix it. He might decide he wants to stay as well.

Buster will also tell you jokes. There are about a dozen different jokes that he’ll tell. Although he’s a plumber and dealing with a toilet, his jokes weren’t crude. Some of them were immature, but they weren’t gross.

There are also five different songs that Buster sings. He serenades his plunger and laments the burrito lunch that he devoured.

If you click on the treasure chest, Buster will pull random items out of the toilet. Don’t worry. None of them are what you would typically find in the bathroom. They’re all funny like ice cream, a fish, or a chainsaw. There are over 50 items that Buster can remove.

There are two different options that allow you to make Buster pass gas. One is normal speed, and the other option is in slow motion. Personally, I didn’t find it funny. Granted, I still have an immature sense of humor, much to my mother’s chagrin. However, it just doesn’t cover those sorts of jokes. My kids, on the other hand, thought it was a riot.

There’s also a feature called Bustagram. There are a dozen different photos with Buster’s face on them. There are pics of him sky diving, sumo wrestling, and flying an airplane. 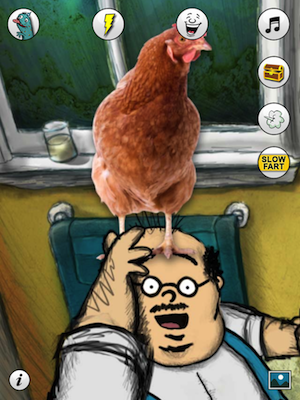 As much as I don’t find the gas jokes funny, there are other great features like the songs, the jokes, and Bustagram to make up for it.

Buster The Nutty Plumber is a universal app, and it’s available in the App Store for $0.99. 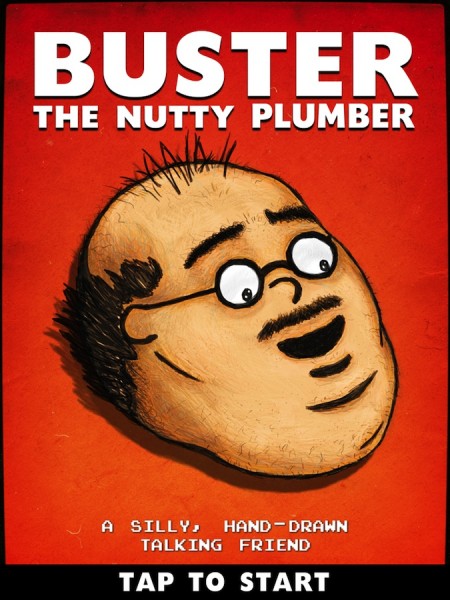 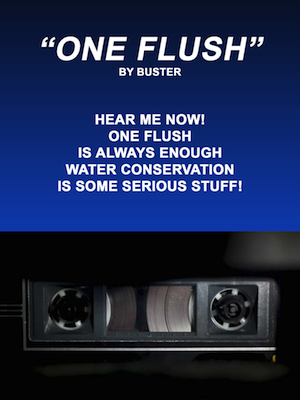 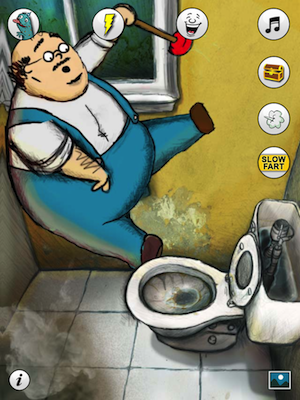 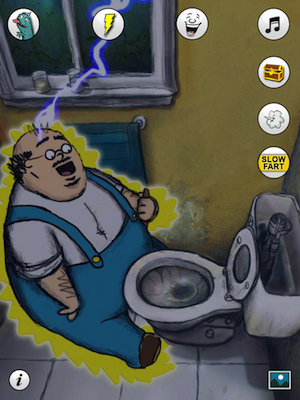