Malcolm Gladwell, Arianna Huffington, Karl Rove, Fareed Zakaria, David Brooks, Laura Ingraham, Paul Krugman, and Nouriel Roubini are just a few of the 400+ luminaries that have had the guts to debate in front of a live audience, win or lose.

Featuring more than 100 podcasts, videos and other debate resources, the official IQ2US app is your one-stop destination for debate. Learn through debate and make your voice heard!

With the IQ2US app, you can:

- Cast your vote on upcoming debates and during live debates
- Access our entire podcast library, as heard by millions on public radio
- Watch past debate broadcasts and highlights
- Watch debates LIVE in real time from anywhere in the world
- Send a question to the moderator during live debates
- Comment and engage with the debate on Facebook
- Tweet to us and join live Twitter debates

Don’t take our word it:

“ALWAYS INTELLIGENT AND PROVOCATIVE, AS WELL AS DISCIPLINED AND CIVIL.”
- THE WALL STREET JOURNAL

“THE EVENING STRUCK A BLOW FOR CIVILITY”- THE HUFFINGTON POST

“POINTED POLITICAL DEBATE MINUS ALL THE SHOUTING”- THE NEW YORK TIMES 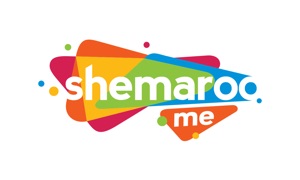 Shemaroo Entertainment Ltd.
Nothing found :(
Try something else