With this app students learn about the life and contributions to physics and chemistry made by Lise Meitner. It discusses her major scientific discoveries including the application of Einstein's theories to the understanding of nuclear fission.

With this app students learn about the life and contributions to physics and chemistry made by Lise Meitner. It discusses her major scientific discoveries including the application of Einstein's theories to the understanding of nuclear fission.

Lise Meitner was born in Vienna in 1878. Her family lived in the Leopoldstadt district of the capital city. Her parents were of Jewish heritage but were not devout, practicing Jews. Lise had seven siblings. Two siblings were older and five younger.

At this time Vienna was the capital of the Austro-Hungarian Empire. At this time girls were not able to get a higher education. But Lise persisted and eventually she was allowed to enroll in at the University of Vienna.

Lise studied advanced mathematics, in particular, calculus. She also studied three important disciplines of science, physics, chemistry and botany. In her second year, she had the opportunity to take courses from the physicist, Ludwig Boltzmann. The opportunity to attend courses presented by Boltzsmann was unusual. Boltzmann was a popular and enthusiastic professor who made difficult subject matter clear to his students. In addition he was one of few professors who made his courses open to female students.

Eventually Lise started working at the Kaiser Wilhelm Institute in Berlin. She met Otto Hahn and began working as colleagues. In the first few years their work focused on understanding beta emissions, the use of radioactive recoil and the way in which radioactive elements decay.

Lise had many challenges to overcome. Two world wars interfered with her work. She was denied opportunities because she was a woman, but in the end she was able to make huge contributions to the fields of physics and chemistry.

Using this app students learn about her amazing life. It includes introductory information about physics and chemistry. We hope that this app will inspire students to pursue careers in science.

Students will enjoy using this graphically illustrated, interactive learning tool. The timeline feature presents key events in the development of our modern understanding of radioactivity. By tapping on timeline points brings up descriptions of historically significant events and the role the Lise Meitner played. A quiz function helps students demonstrate their comprehension of the reading material. Key science concepts are shown in colorful illustrations. We hope this app will inspire students to study physics and chemistry. The app shows that Lise Meitner certainly deserves the place she has earned in the history of science. 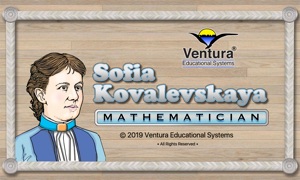 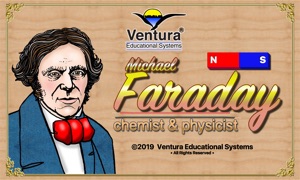