With this app students learn about the life and accomplishments of René Descartes. It discusses Descartes' work and shows why he deserves a place in history as one of the great philosophers and mathematicians..

With this app students learn about the life and accomplishments of René Descartes. It discusses Descartes' work and shows why he deserves a place in history as one of the great philosophers and mathematicians..

Descartes born in France in 1596. When he was one year old his mother died during childbirth. René was left to be raised by his grandmother and great uncle. He was raised as a Roman Catholic at the age of 11 began studying mathematics and physics at a Jesuit college in France. His studies introduced him to the discoveries and scientific achievements of Galileo.

One of Descartes early works was a book titled 'Rules for the Direction of Mind'. It was published in 1701 and teaches how to make 'true and sound judgements' about experiences. With this app students learn about Descartes philosophical and mathematical work.

The app focuses on the life and accomplishments of Descartes. Like Galileo one of his many challenges was teaching about his scientific discoveries when they conflicted with the teachings of the Church. For example, Descartes sought a new kind of knowledge based on accurate scientific data and mathematics. His method for seeking knowledge used a few simple procedural rules.

Students will enjoy using this graphically illustrated, interactive learning tool. The timeline feature presents a sequential view of Descartes philosophical and mathematical journey. A quiz function helps students demonstrate their comprehension of the reading material. Descartes work showed how logical thinking could be a method that is used to make monumental discoveries about the natural world. We hope this app will inspire students to continue to study philosophy and mathematics. The app shows that Descartes certainly deserves an important place in the intellectual history of the world. 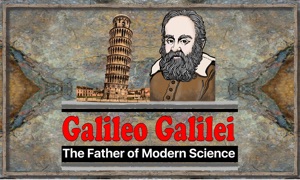 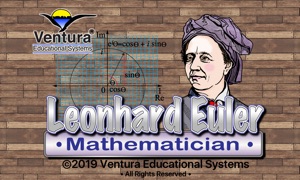 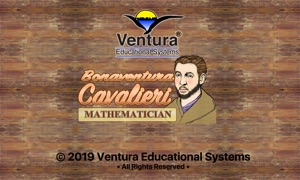