Running Circles will have you Spinning around Dazed & Confused, hungry for one more go

Running Circles will have you Spinning around Dazed & Confused, hungry for one more go! This simple one touch Multiplayer Arcade game is totally Addictive and impossible to put down. How far can you go?

Running Circles is FREE but there are more add-ons

Running Circles will have you Spinning around Dazed & Confused, hungry for one more go! This simple one touch Multiplayer Arcade game is totally Addictive and impossible to put down. How far can you go?

Your goal is to move from Circle to Circle taping the screen at just the right time. You can move both inside and outside the Circles but don’t waste a second… Danger lurks all around you.

Great timing and lightning fast reflexes is all it takes to go as far as you can.

Collect gold gems to Unlock tons of cool Characters that will help you on your journey.

Do you think you’re fast enough?

Play With Your Friends in endless Turn Base Multiplayer mode. Challenge them in direct online battles to see who has the fastest reaction time.

Running circles will keep you circling and spinning for more. 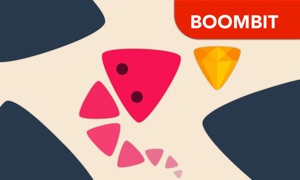