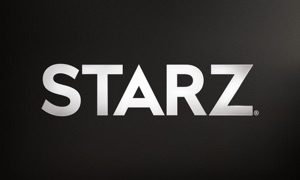 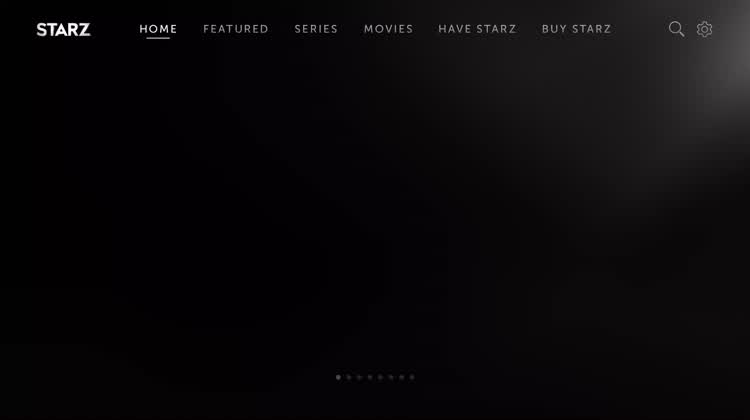 For anyone who enjoys STARZ programming.

STARZ is a premium cable channel that now has their own standalone app. You can use the app with a cable subscription or just subscribe through the app itself. You'll get full access to the STARZ library, which includes some interesting original content, full-length movies, and even full downloads so you can watch anything without having a data connection. New content is added every week, so you're guaranteed to find something fresh and exciting each time you check the app.

STARZ is home to some great original series and movies, so we love being able to access the content without necessarily having a cable subscription, even though the app works with that too. Plus full downloads is a rather nice feature that the other services don't offer. 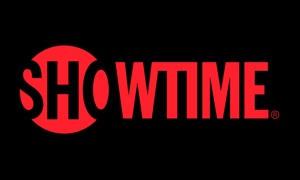 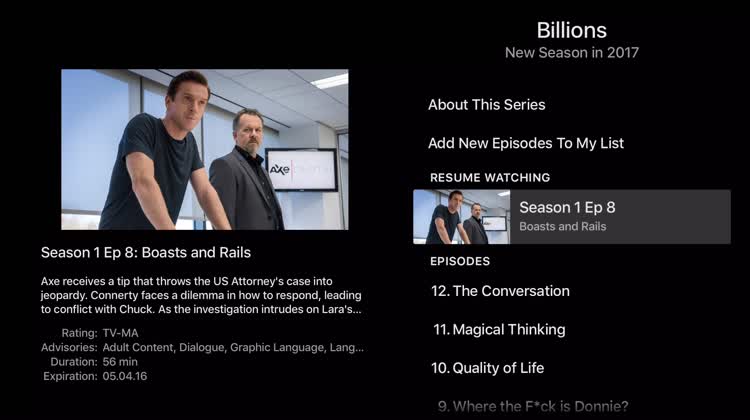 For those who have wanted access to Showtime but never wanted cable.

With a Showtime app subscription, users gain access to the entire library of Showtime original series, including "Homeland," "Shameless," "Dexter," and much more. You also can watch whatever movies are in the programming block for the month, as well as interesting documentaries and hilarious comedy specials. If you're a sports fan, you can even get boxing matches too. The Showtime Apple TV app includes live streaming and on-demand capability, so you can choose which works for you. The subscription is $10.99 a month, but the first 30 days are free.

Showtime has a lot of great programing, and now you can get access to all of it without having a cable subscription. 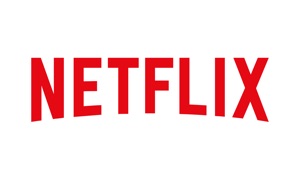 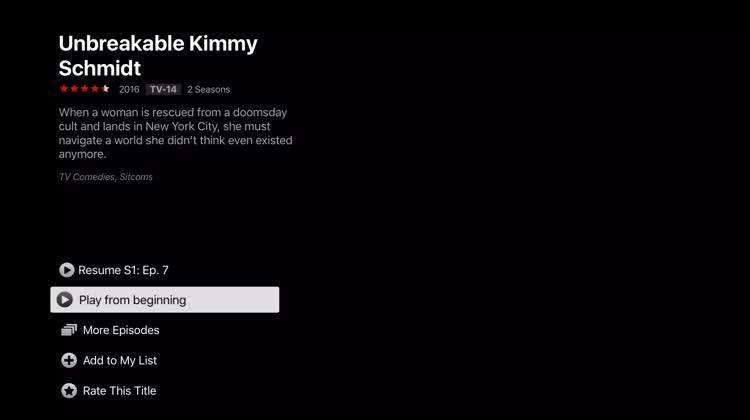 For anyone who want to catch up on popular telelvision series and movies.

Everyone has heard of Netflix — it's the leading Internet streaming service for most of the hot shows and movies that you can't miss. A subscription for streaming starts at just $7.99 a month, with some pricier options if you have a 4K television and want higher quality streams. You can even go above that and get the DVD/Blu-Ray rental too, but it's optional. Netflix streaming has a lot of popular shows as well as original series that are worth watching. Plus, you can always find a decent movie to watch when it's movie night.

Netflix is the best way to pass the time as you binge-watch on original series or catch up on movies. 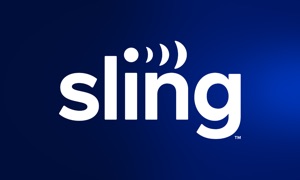 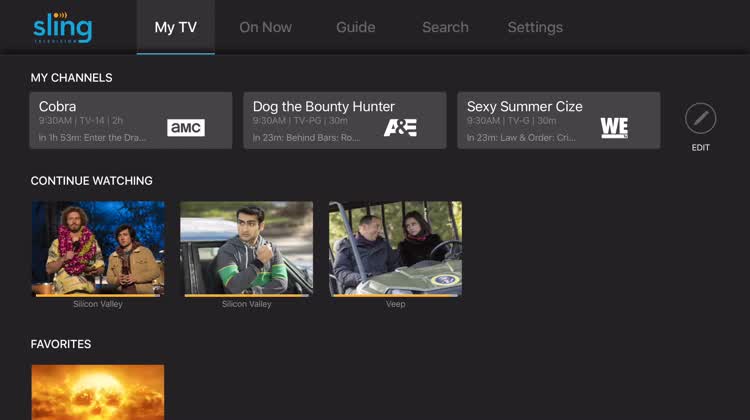 For those looking for an alternative to standard television services.

Sling TV is a solid option for watching the shows, sporting events, and channels you love on your iPhone or iPad. But, now you can check out Sling TV for your Apple TV making your favorite live television and on-demand shows only a click away.

Sling TV on Apple TV is a great alternative to traditional television services. The app is clean, crisp, and simple to use. The channel and show options are extensive with something for everyone in the house. 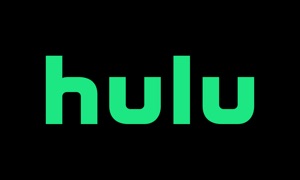 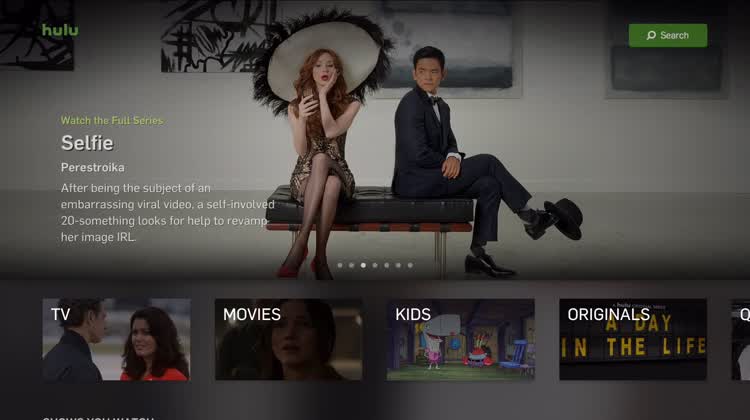 For those who want to catch up on their current television shows.

With Hulu, users are able to watch new episodes just a day or two after they air on television. If you subscribe, you can get new episodes faster, as well as have a larger library available for your viewing pleasure. There are also several tiers of subscriptions, in case you don't want ads while watching your shows, so you'll have to pay up for that covenience. The collection of shows and movies on Hulu is pretty vast, and more content gets added every day due to licensing agreements and contracts ending with other services (such as Netflix). If you have Hulu and another service, then you're pretty much set.

Hulu has a ton of content with more additions added daily. New episodes get added in a timely manner so you are never too behind, and there are some nice original series. 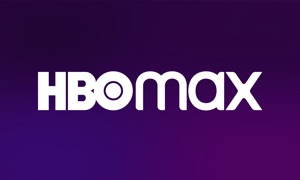 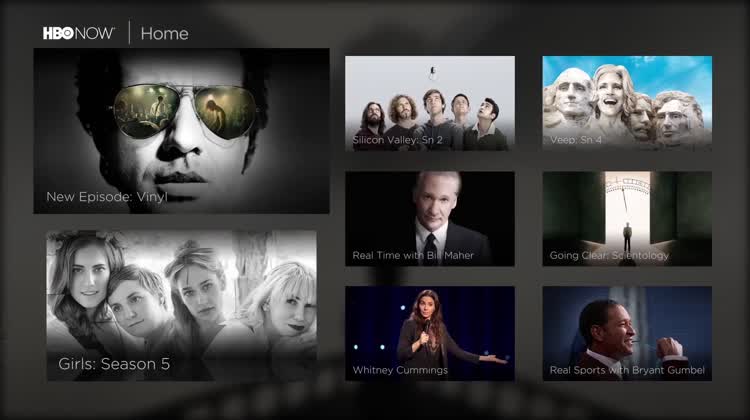 For anyone who has wanted to watch HBO shows and movies without paying for cable.

HBO Now is a standalone HBO subscription service that lets you access all of HBO's content without a cable subscription. You'll get full episodes of hot shows like Game of Thrones, Veep, Silicon Valley, as well as whatever movies are in rotation for the month. If you're a sports fan, you can also view boxing matches and never miss out on the action. Additionally, there are extras and bonuses in HBO NOW (and GO for cable susbcribers) that let you get inside looks on your favorite shows.

We love HBO shows, but it has always been too expensive for a cable subscription as well as HBO, since it is a premium channel. Now you can cut the cord with cable television and just have HBO by itself. What more do you need?