You are using an outdated browser. Please upgrade your browser to improve your experience.
by Bryan M. Wolfe
November 12, 2010
It looks like the new iOS 4.2 update will be delayed. Just yesterday, we reported that the latest version would most likely be released tomorrow, November 12. However, that no longer looks to be the case. According to MacStories, the long awaited update for the iPhone/iPod touch and iPad is being delayed due to Wi-Fi connection issues experienced within the build. MacStories reports:

This will delay the release for at least a week while it is tested, but may not get public release until the following week as it appears Apple will be testing it vigorously. iOS 4.2 should, however, come out before Thanksgiving.

As a result, Apple is likely to release a new Gold Master update to developers soon, with the general public receiving an update sometime after that. For now, pencil in a new street date for sometime right before Thanksgiving or perhaps a little bit sooner. 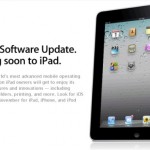 Report: Sorry But iOS 4.2 Update Is Delayed
Nothing found :(
Try something else