You are using an outdated browser. Please upgrade your browser to improve your experience.
by Bryan M. Wolfe
November 18, 2010
“The Daily.” Remember those two words, because they might become very important as we head into 2011. News Corp. Chairman Rupert Murdoch is actively promoting a new national “newspaper” app that will be available exclusively on the iPad and other tablet devices. While the details are sketchy, think of “The Daily” as a place to access articles from various sources in the United States and abroad. It will also include fresh content from a staff that will write content exclusively for the app's readers. According to Yahoo!:

Details remain scarce, beyond some staffers' names and how much money News Corp. is pumping into the venture. Indeed, the most crucial detail of all -- when this thing will actually launch -- has yet to be confirmed. But the facts that the Daily's masthead is quickly filling up with high-profile bylines, and that sources tell us editors have been reaching out to freelancers for pitches, seem to suggest it may come to life sooner rather than later.

“The Daily” could be interesting. Until we hear more about it, however, there is reason for skepticism. For one, Murdoch is going to charge for this service. For another, RSS newsreader feeds already allow us to "bundle" content. Still, if it is coming from Murdoch anything is possible. 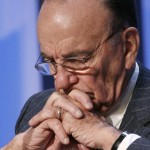 Rupert Murdoch Pushes Bundling Of News Articles
Nothing found :(
Try something else