You are using an outdated browser. Please upgrade your browser to improve your experience.
by Bryan M. Wolfe
February 24, 2011
Apple’s MobileMe service is poised to get a significant update, according to a recent rumor. The biggest change should be its price. Instead of paying $99 for a year of service, MobileMe customers will get the service for free. MobileMe’s transition into a free offering has already begun, according to Mac Rumors. Apple has announced it will no longer sell the product in retail locations as a “boxed” product. Rather, it will now only be available as a digital sale. In addition, Apple is expected to announce the service will soon include the ability to have “digital lockers” for storing music, photos, and videos.  Currently, MobileMe serves as an e-mail, calendar and photo service, which is synced across devices. Apple has often been criticized for charging for a service that is essentially available for free from companies like Google and Microsoft. By shifting to a free offering, MobileMe’s popularity should increase. Until Apple actually announces the features included with the new MobileMe service, we are left with rumors. Hopefully an official announcement is coming on March 2. That is the day the iPad 2 will officially be announced. An unresolved question is whether refunds will be issued for existing MobileMe customers. After all, the $99 per year price is still being collected. Since there are no refund guarantees, current MobileMe customers with yearly contracts coming due should wait until we know more about the free service. New customers should refrain from buying the service altogether. Why purchase something that might be free in as little as one week? We'll keep you updated on this story as more information is known. 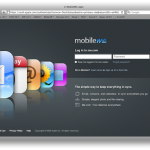 Enhanced MobileMe Service Could Go Free As Early As Next Week

Enhanced MobileMe Service Could Go Free As Early As Next Week
Nothing found :(
Try something else