You are using an outdated browser. Please upgrade your browser to improve your experience.
by Jamie Young
March 10, 2012

What happens when you’re a bit obsessive compulsive, have been working for 10 hours straight, and you’re an Apple blogger? That’s right. You start to find tiny things that are wrong with — or even missing from — your favorite iDevice. And then you write about them.

I must admit, most of you probably haven’t even noticed this particular thing was gone once you upgraded your iPhone to iOS 5.1, nor will you care. But I care. So, I reached out to Twitter to double check my findings (thanks, guys!), and I was right. And now you get to read about it.

Anyone with an iPhone still running iOS 5 (not upgraded to 5.1 yet)? I need you. C'mere!

One of the big features of iOS 5 was the ability to double tap the home button to access the camera on the lock screen. Home screen real estate is precious, and anything I can do to knock an app off of my home screen, because I can easily access it elsewhere, is big for me. So, there went the Camera app, into a folder on my third screen, safely tucked away and hidden forever … or so I thought.

I loved being able to take photos via the lock screen camera button when on a phone call, in particular. Maybe it’s because I have ADD and don’t really pay attention to the few people I do talk to on the phone. Instead, I get distracted by shiny objects and want to take pictures of them while letting the person on the other end talk at me, instead of with me.

So, when I had iOS 5 (before upgrading to 5.1) and was on a phone call, I could simply lock my screen, double tap the home button, and click the camera button: done. Ready to photograph more shiny objects.

Fair warning, though: for you to access the lock screen during a call, you must be using either a headset or be on speakerphone. Which, of course, makes perfect sense, but just in case you’re wondering why every time you press the power button, it just hangs up on the person — that’s why.

But now, with the change to the lock screen camera, that is no longer a possibility. The double tap option is completely gone, and there is no new camera icon on the lock screen to swipe up while on a call. We had the option to access the camera this way before — why does the software update take this away from us?

Can I just go open up my Camera app to take photos like normal people? Yes. But what's the fun in being normal? I wanted to keep the Camera app tucked away in its folder, anyway, so I never had to see its face again. After all, I’m very obsessive about my home screen.

Although this may just be a tiny oversight on Apple’s part, I already noticed it was missing — did anyone else? I’m sure most people aren’t ADD or OCD — or any other such acronyms — like myself, but, either way: I’d love to see the new camera icon, that I can now slide up to take a photo, available to me during a call. Okay, Apple? Just for us compulsive types? Thanks.

“Details matter, it's worth waiting to get it right.” —Steve Jobs 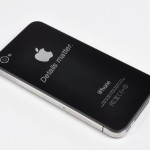 Lock Screen Camera No Longer Available During Calls In iOS 5.1

Lock Screen Camera No Longer Available During Calls In iOS 5.1
Nothing found :(
Try something else