You are using an outdated browser. Please upgrade your browser to improve your experience.
by Dom Esposito
July 26, 2012
Time magazine recently published its list of the top 20 most influential Americans of all time. Included on the list are great visionaries and innovators such as Thomas Edison, Abraham Lincoln, George Washington, and now, Steve Jobs. In the list Jobs is named as a “Digital Visionary,” and “the high priest of the computer age,” which are two unsurprising titles in my opinion. There’s no doubt that Steve Jobs was a genius. His inventions and innovations have shaped our society, while setting new technological standards. Here’s an excerpt from Time’s article:

Jobs was a visionary whose great genius was for design: he pushed and pushed to make the interface between computers and people elegant, simple and delightful. He always claimed his goal was to create products that were “insanely great.” Mission accomplished.

Not only did Steve Jobs give us the personal computer, he helped innovate a mobile computing empire. I think the iPhone and iPad have given mobile technology a new lease on life. I wouldn't be the same without those two devices, and I definitely wouldn’t be writing this article. It will be interesting to see if Steve Jobs stands the test of Time. Do you think Steve Jobs will be considered as one of the top innovators in five or 10 years from now? Will other technology moguls always be living in his shadow? Source: Time magazine Via: iDownloadBlog 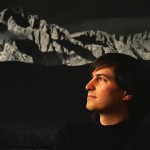 Time Magazine: Steve Jobs Was The High Priest Of The Computer Age

Time Magazine: Steve Jobs Was The High Priest Of The Computer Age
Nothing found :(
Try something else